We are deeply saddened to announce the death of our benefactor and friend, Mrs Olga Tennison, on 19 January, a few months short of her 93rd birthday.

Olga has had a profound impact on the lives of autistic people and their families. She was responsible for the establishment of Australia’s first research centre dedicated to autism in 2008: the Olga Tennison Autism Research Centre (OTARC).

This world leading research centre at La Trobe University would not have been possible without Olga’s significant private donations, as well as her energy, drive and determination.

Olga was an intelligent, impressive and inspirational woman. She was also a woman of unwavering faith and unmediated graciousness with a focus on the good she could do in the world.

It was not uncommon for Olga to identify people in need and help them. Her generosity was boundless and, importantly, she never sought public recognition for this.

She was entirely modest about her giving, even about her significant contribution to OTARC and La Trobe University, although she appreciated that her gifts may inspire others to support autism research and service to which she was dedicated.

It was for this reason alone that Olga reluctantly agreed to have the Centre named after her. Indeed, her initial support in 2007 that led to establishing the Centre, provided a critical visibility into autism that had not been realised prior to this simple act of generosity.

Her voice, as someone with a close personal experience of autism, gave Olga an authenticity to speak on behalf of the Centre and promote the work undertaken therein, of which she remained very proud.

Her visible public support for the work of OTARC has inspired its staff and provides comfort for individuals and families with and for whom the Centre is working.

Olga lived a life without extravagance so that the money she and her husband accrued over a lifetime could be put to use in a significant, lasting and meaningful way.

Olga leaves a legacy of giving and service, and long commitment to autism research. She will be remembered always - may she rest in peace. 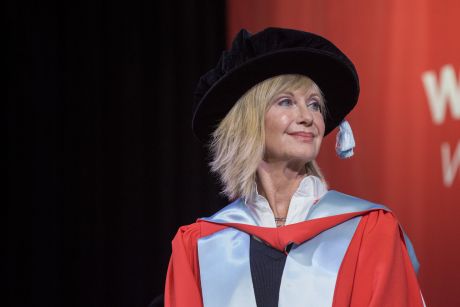