The carports will cover almost 30 parking spaces and add more than 270 solar panels to the campus’ infrastructure.

The carports are part of a suite of measures the University is implementing to meet its target, including thousands of roof-top solar panels and high-efficiency LED lights, and large-scale organic waste composters.

“We made a pledge just over 12 months ago to achieve net zero emissions by 2029, and we are well on track to achieving that,” Professor Dewar said.

“Reducing our carbon emissions is not only the right thing to do, it also makes good economic sense. We expect to save hundreds of thousands of dollars in the long term through the steps we are taking now.”

“By the end of 2020 all four regional campuses will have more than 90 per cent of their lighting converted to low-energy LEDs, and a significant proportion of daytime energy use supplied by onsite renewables,” Professor Dewar said.

“Across the University, these measures are reducing our carbon emissions by thousands of tonnes each year – a major investment in our renewable energy future.”

La Trobe is internationally recognised for its commitment making the world a better place, ranking fourth in the Times Higher Education Impact Rankings.

More information on the Net Zero program can be found at the University’s website. 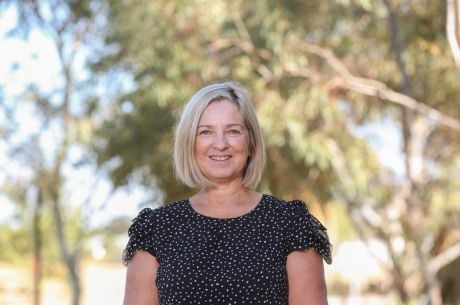