Val’s LGBTI Ageing and Aged Care  is part of Rainbow Health Australia (formerly GLHV) at the Australian Research Centre in Sex, Health and Society at Latrobe University. Val’s was established in 2009, and works to improve healthy ageing pathways, care and visibility of older LGBTI people.

The program’s name was inspired by the pioneering work of Val Eastwood who ran Val's coffee lounge in Swanston Street, Melbourne in the 1950s. Val’s, which opened in 1951, was by all accounts, a welcoming meeting place for ’camp and theatre types’. According to lore, Val’s Coffee lounge was not particularly known for its gourmet food – typically toasted pineapple sandwiches and salmon soup, however it is celebrated because Val provided a safe, hospitable refuge, a place where people could come and be welcomed and be at ease, a place unlike any other in early 1950s Melbourne. As Val herself described: “People used to get dressed up just to come to the coffee lounge. They could be themselves and feel as if they were at home”.

Named in Val Eastwood’s honour, Val’s LGBTI Ageing and Aged Care aims to build a network of welcoming and inclusive aged and health care services for LGBTI people of Val’s generation and into the future, where they feel valued and safe. Val’s aims to ensure that LGBTI people accessing community aged care at home - in the community or in residential aged care, receive welcoming, safe and inclusive care services, where they don’t feel the need to hide, and can be their authentic selves.

Val’s LGBTI Ageing and Aged Care and many of the services we work with are trailblazers, much like Val Eastwood in 1950’s Melbourne. Val Eastwood was a strong and determined woman, not scared to be different, to want to change the way things were. Similarly Val’s LGBTI Ageing and Aged Care hopes to inspire change across the ageing and aged care sector, with the development and growth of LGBTI safe and inclusive services to enable older LGBTI people to be able to access the range of services and support they may need as they age. 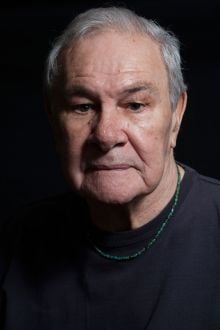 Noel Tovey AM is an inspirational Australian performer and activist. Noel enjoys the distinction of being Australia’s first male ballet dancer of Aboriginal heritage.

Noel Tovey's incredible life story is detailed in his autobiography Little Black Bastard in which he recounts his poverty stricken childhood in Melbourne and beyond, punctuated with episodes of abandonment and abuse, to his dance studies and performances in Melbourne, to the stages of London. Noel has had an illustrious career in the arts as a performer, theatre director, gallery owner and choreographer. Notably Noel not only was a regular at Val’s Coffee Lounge in the 50s, but also danced at the Coffee Lounge with Val Eastwood.

Noel has made significant contributions to the arts scene in both Australia and abroad, and has been the recipient of many awards and accolades including in 2015 receiving The Order of Australia Medal in the Australia Day Honours List.

Val’s is honoured to have Noel Tovey as patron of Val's LGBTI Ageing and Aged Care. Noel has also been an advocate for both indigenous and LGBTI rights. Most recently he has advocated for the rights of older LGBTI people and was also part of the successful and monumental campaign for the expungement of the historical convictions of gay men in Victoria.