Alison has been an educator for over 20 years. Her focus has predominantly surrounded the enhancement of evidence based clinical practice including being involved in multiple hospital clinical trial teams. She believes the key to successful learning is through creating a safe, friendly and fun learning environment so that everyone can share knowledge, skills and professional stories. After completing her Bachelor of Nursing, Alison lived, worked and studied in both the UK and USA. During this time, she completed post graduate programs in critical care, perioperative and Dip MSc Health Professions Education as well as a masters in Traditional Chinese Medicine and Acupuncture.

On return to Australia Alison worked at St Vincent’s and Mercy Private Hospital as part of the education team, initially as a clinical coach and then as an Educational Consultant. Her role encompassed development, implementation and coordination of in-house educational programs and liaising with the University sector to facilitate staff undertaking post graduate studies. She also participated in hospital clinical research projects such as the pain team and quality assurance.

Alison currently works at La Trobe University assisting to develop and deliver the Bachelor of Nursing and Midwifery course. She is delighted to be a part of the CHAOP team as it encompasses several of her passions, education, travel to rural sectors, meeting and chatting to new people. 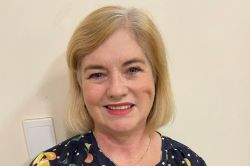 Angela is a Research Fellow at Dementia Training Australia, based at La Trobe. Her role is developing and delivering high quality evidence-based education regarding dementia. Angela leads the development and delivery of pain management for people with dementia.

Angela’s background is in nursing. Early childhood was on a sheep farm in Western Victoria. Angela worked in diverse clinical and educational settings and was Manager of Nursing Education at Caulfield Hospital before leaving for the LTU Alfred Clinical School Undergraduate Coordinator. Her highest qualification is Master of Education.

Working with ACEBAC, including the CHAOP workshop, is an enjoyable extracurricular activity. Otherwise Angela enjoys time with family and being outdoors, especially the beach. Edwin has been nursing since 1992 in which he has enjoyed working in critical care and diabetes education. He has consulted in nursing homes and has presented at the Aged Care Managers Conference in Melbourne. Edwin has a Graduate Diploma in Acute Cardiovascular Nursing, Masters in Nursing and is now completing a PhD focused on diabetes education.

Edwin has been in education since 2000 teaching Enrolled and Registered Nurses as a clinical teacher, educator and guest lecturer for student doctors. He has associated qualifications such as a Diploma of VET and Curriculum Design and Development. Edwin enjoys having student nurses and doctors sit with him during education and mentoring their development.

As a CHAOP facilitator, Edwin has received exceptional feedback with students enjoying his style of teaching by making complex ideas easy to grasp. He will encourage and motivate you to work to your fullest potential in an aim to make a difference in aged care. Pauline has been a registered nurse since 1993 and has worked in many varied workplaces within 5 continents of the world. Her travel inspired a Tropical Diseases course in London and some volunteer work in India and Indonesia. She has always believed that healthcare is for all and that education is the core to enabling excellence in our field.

With a post graduate qualification in Emergency Nursing, Pauline continues to work in critical care areas within both public and private hospitals. Educating roles commenced with undergraduate students in 2009. Pauline has been facilitating CHAOP workshops since their inception in 2011. She believes it is important to be relatable to those she facilitates within the workshops and therefore likes to share stories to enable practical learning. She has a strength in being able to put those at ease so that any enquires are addressed. Pauline endeavours to inspire others to be their best selves in their workplaces and to feel proud of the care they give.

Facilitating CHAOP workshops has enabled Pauline to enjoy regional areas of Australia through running and cuisines as well as meeting many diverse people.