Snakes have a clitoris Snakes have clitorises – and we have given a full anatomical description of them for the first time.

In research published in Proceedings of the Royal Society B, we describe the size and shape of the snake clitoris (or hemiclitores) across nine species.

We also closely studied the cellular makeup of the clitoris in Australian death adders, finding it to be composed of erectile tissue and bundles of nerves.

The discovery of what appears to be a functional clitoris offers a new perspective on snake courtship and mating.

As part of her PhD research, our student Megan Folwell at the University of Adelaide had been dissecting snake specimens in museums. She came across a heart-shaped structure in the female tail, nestled between two scent glands, that she thought was the clitoris (or the hemiclitores, as it is called in snakes) and showed me.

I wasn’t sure what we were looking at, so we got in touch with Patricia Brennan at Mount Holyoke College in the US, who is an expert in how genitals have evolved in vertebrates.

On closer inspection, we found it was a structure full of red blood cells and nerve tissue, as we would expect for erectile tissue. This suggests it is indeed the clitoris, and may swell and become stimulated during mating.

We went on to examine nine different species of snakes representing the major branches of snake evolution. All had a clitoris, though their sizes and shapes varied.

Why didn’t we know about this already?

Across all species, researchers have given female genitalia a lot less attention compared to its male counterpart.

What’s more, it’s hard to get a good look at snake genitalia. It’s all internal to the snake’s tail, for the most part, though the snake penis (or hemipenes) inflates for mating.

There has been quite a bit of research into the snake penis, but the snake clitoris has been missed.

While there are earlier reports, most actually referred to lizards, or mistakenly described the penis or scent glands, or featured only vague descriptions without anatomical references. Studies of species in which intersex individuals are relatively common heightened this confusion.

However, we have shown that the snake clitoris, although it shares its developmental origins with the penis, is very different from the penis – and our detailed anatomical description should help prevent this kind of confusion occurring in future.

A crucial piece of anatomy

In other species, we know the clitoris has important functions in reproduction.

Perhaps because many scientists assumed female snakes had no clitoris, and hence no capacity for arousal, it has generally been assumed that mating in snakes is largely a matter of males coercing females.

But a crucial piece of anatomy was missing from this conversation. Our discovery suggests female arousal – and something more like seduction – may play a role.

We still have a lot to learn. It may turn out that variation in the clitoris between species will be correlated with courtship and mating behaviours, and help us understand how females choose mates. 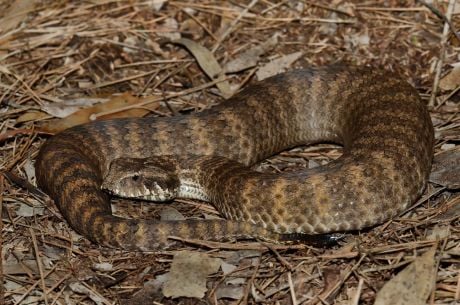