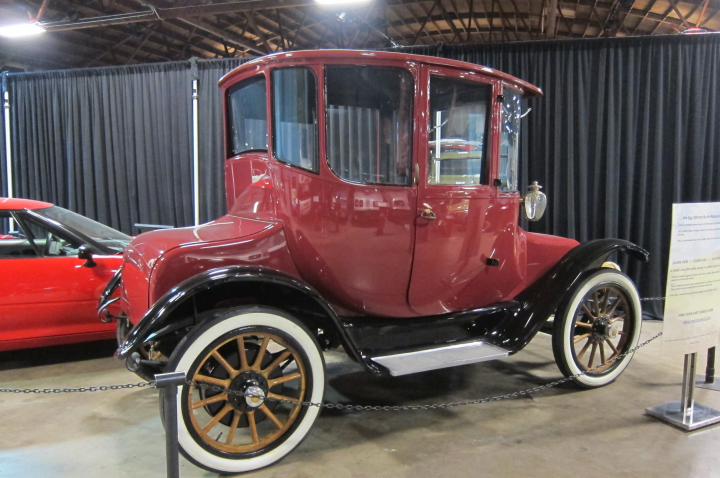 Electric vehicles, we are often told, are the future. A whole range of carmakers and nations have plans to go electric.

The largest US manufacturer, General Motors, says it will phase out fossil-fuel vehicles by 2035. Norway has set a goal to end sales of new petrol and diesel cars by 2025, the UK by 2030, and France by 2040.

In Australia, only about 2% of new cars sold today are electric. Federal government modelling in 2021 predicted a jump to 90% of the vehicle fleet by 2050.

The new federal government has put electric vehicles firmly on the agenda. Industry Minister Chris Bowen did so in a speech at the EV Summit on August 19. As global consultancy McKinsey and Co has declared, “the automotive future is electric”.

A very long and troubled history

What is often overlooked is that electric vehicles have a history as well as a future. If we look back we can see they are not a futuristic dream but a longstanding transport option.

This history also illuminates the barriers that electric vehicles face – and are steadily overcoming. It is a troubled history with particular relevance to Australians, so long attached to internal combustion.

Electric vehicles have been around since car manufacturing began. Robert Davidson built the first practical electric vehicle – a 16-foot (4.9 metre) truck driven by electro-magnetic motors – in Scotland in 1837. This was decades before the internal combustion engine was invented.

As early as 1881, battery-operated buses operated in Paris. They were soon adopted in other cities, including Berlin, London and New York.

In the late 19th and early 20th centuries, electric car makers competed toe-to-toe with their emerging fossil-fuel rivals. Beginning in 1914, for example, the Detroit Taxicab and Transfer Company built and ran a fleet of nearly 100 electric taxis. This was not unusual. A New York Times article observed:

“At the turn of the 20th century, quiet, smooth, pollution-free electric cars were a common sight on the streets of major American cities.”

Made by the Anderson Carriage Company, the Detroit Electric was a mainstream model in the late 1910 and early 1920s. In an era when petrol-powered cars were smelly and greasy, electric cars were popular with women. Even Henry Ford’s wife, Clara, drove a Detroit Electric car until 1930 because she did not like the noise and fumes of the Ford Model T.

Although the internal combustion engine gradually gained the upper hand – partly because of the limited range of electric vehicles – little-known ventures into electric car-making continued. As author Tom Standage has written in his book, A Brief History of Motion, these vehicles have a “lost history” that is important to explore.

After the second world war, a new breed of electric vehicles emerged. Most were modified versions of fossil-fuelled cars. They included the 1959 Henney Kilowatt, which used a Renault Dauphine chassis and body, and the 1979-80 Lectric Leopard, made by the US Electricar Corporation, based on a Renault 5.

One of the most popular was the Citicar, built between 1974 and 1976 by the Sebring-Vanguard Company in Florida. Based in Massachusetts, Solectria later made the Solectria Force, derived from a GM Geo.

Although petrol-powered cars remained dominant, the electric car’s rise was predicted for decades. In the US, automotive writer David Ash saw electric cars as the future as early as 1967. “On a clear day, you will see the electric car,” he wrote, noting that it offered a solution to America’s rising air pollution and dependence on foreign oil. “Produce Electric Cars”, energy expert Edwin F. Shelley advocated in 1980, following the second oil crisis of the 1970s.

At the time, the US Congress agreed. It passed the 1976 Electric and Hybrid Vehicle Act with the aim of developing vehicles that did not depend on foreign oil.

In the late 1980s, GM developed the pioneering Impact (or EV1). The EV1  was ultimately killed when California  – following sustained industry lobbying – reversed a strict emission mandate. In 2021, however, Automotive News declared the EV1 had “planted the seed for the industry embrace of EVs now”.

Early electric vehicles suffered from limited battery range, a big drawback in large countries such as Australia and the US. The breakthrough came as early as the 1990s, when rechargeable lithium ion batteries emerged. Almost 20 years ago, Tesla was founded to take advantage of this technology.

Between 2008 and 2020, the price of battery packs dropped 80%, to around US$20,000. This made  electric vehicles a viable alternative to fossil-fuel-powered cars, especially if government policies encouraged consumers to make the switch. In markets where such policies apply, they are making rapid strides.

History also informs us about the barriers to mass adoption of  electric vehicles. The same concerns – range, lack of sound and smell, brand recognition – have been raised for decades. As David Ash wrote in 1967:

“The modern auto is only part transportation. It is also power symbol, magic carpet, toy and companion. Will we buy cars that cannot be made to roar?”

A vehicle whose time has come

“There is simply no credible way to address climate change without changing the way we get from here to there […].”

The  electric vehicle’s environmental credentials – noted by consumers in the early 20th as well as early 21st century – are overcoming the century-long dominance of the fossil-fuel-powered car. Rather than being new, electric cars have played – and are now winning - the long game. 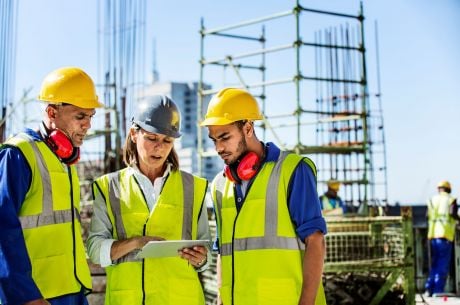