Intellectual property waiver for COVID vaccines should be expanded to include treatments and tests.

Global inequities in access to COVID vaccines have turned out to be a “catastrophic moral failure”, just as the World Health Organization warned they would in January 2021. Yet it took 20 months of negotiations for members of the World Trade Organization (WTO) to agree to a limited relaxation of patent rules for COVID vaccines – a move decried by civil society organisations as too little, too late.

Treatments and diagnostic tests are also very important in managing the pandemic, and like vaccines, are very unequally distributed globally. Unfortunately,  negotiations to expand the WTO decision on COVID vaccine patents to include treatments and tests are in a sorry state. There is little chance of a decision by the December deadline WTO members set for themselves.

In the meantime, deaths and hospitalisation from COVID continue to place pressure on health-care systems.

Treatments are even more inequitably distributed. Most low-income countries are unable to access the new oral antivirals such as Paxlovid (made by Pfizer) and Lagevrio (Merck Sharpe & Dohme). These companies charge around US$530 and US$700 (A$800 and A$1,050) respectively for a five-day course of treatment in high-income markets such as the United States.

Pfizer has agreed to deals with UNICEF and the Global Fund to provide 10 million courses of Paxlovid to lower-income countries at lower prices. But this represents a very small proportion of the treatments Pfizer is making.

Both Pfizer and Merck Sharpe & Dohme have established licensing agreements with the Medicines Patent Pool, enabling generic manufacturers to make their antiviral treatments for poorer countries in future. But they have restricted the number of countries that will be able to purchase the generic drugs to mainly low- and lower-income countries (106 and 95 respectively).

This leaves many upper-middle income countries (such as Thailand, China and Mexico) in a difficult situation. They are unable to pay the high prices for the originator drugs but are excluded from accessing the lower-priced generics.

It’s clear more needs to be done to ensure all countries can access the tools they need to manage the pandemic.

Negotiations at the WTO

India and South Africa first put a proposal to the WTO in October 2020 to temporarily relax certain intellectual property rules in the Agreement on Trade Related Aspects of Intellectual Property Rights for COVID medical products during the pandemic.

The proposed waiver would have enabled companies around the world to freely produce COVID health products and technologies – vaccines, treatments, tests, and personal protective equipment (such as face masks) – without fear of litigation over possible infringements of intellectual property rights.

These intellectual property rights included not only patents, but copyright, trademarks and trade secrets or know-how. Specifically, know-how is often essential for manufacturing vaccines and some treatments. However, under existing rules, there are limited pathways to compulsorily licence know-how and other confidential information.

The proposal eventually gained the support of more than 100 of the WTO’s 164 member countries and was sponsored by more than 60. But it faced strong opposition from wealthy countries that house multinational pharmaceutical companies, particularly the European Union, United Kingdom and Switzerland.

On June 17 2022, WTO members belatedly agreed on a narrow, limited waiver, applying only to patents, and only to COVID vaccines in the first instance. In the end it waives only a single rule, making it easier for vaccines made using its provisions to be exported from the country of manufacture to a second developing country.

While the decision applied only to vaccines, it included a clause committing the parties to decide whether to expand the waiver to include COVID treatments and tests within six months.

That six-month period ends on December 17. Unfortunately, the same dynamics that slowed and watered down the initial proposal threaten to prevent a timely decision this time too. The EU, Switzerland, Japan and the UK are particularly reluctant to allow negotiations to move forward.

Many more countries have the capacity to produce treatments, but therapeutic patents are more prevalent than COVID vaccine patents. So, expanding the waiver to include COVID therapeutics could help countries quickly scale up domestic manufacturing of essential treatments.

Low and middle-income countries have been impacted disproportionately by the pandemic so far, suffering 85% of the estimated 14.9 million excess deaths in 2020 and 2021.

Globally, progress in reducing extreme poverty was set back three to four years during 2020–21. But low-income countries lost eight to nine years of progress.

Expanding the WTO decision on COVID vaccines to include treatments and tests could be vital to reduce the health burden on poorer countries from COVID and enable them to recover from the pandemic. The Australian government should get behind this initiative and encourage other countries to do the same.

Photo by Steven Cornfield on Unsplash 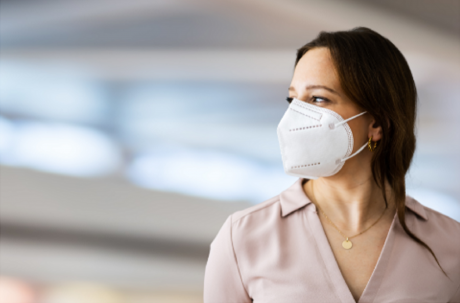