A pioneer in the fight against poverty, an anti-racism champion and the CEO of a multi-million dollar skincare company were just three La Trobe University alumni honoured last night.

At a celebration event, La Trobe bestowed six eminent alumni with one of the University’s highest honours - the Distinguished Alumni Award.

Since its opening 51 years ago, La Trobe has conferred this prestigious award to only 82 of its 200,000 graduates.

“This is a milestone event on our calendar and I am delighted to present this award to six alumni who are enormous talents in their respective fields,” Professor Dewar said.

“They have taken the values and knowledge they have learned at La Trobe and applied those skills in astounding ways that better their communities.

“It is through their determination to make a difference that we gain a deeper understanding of what it means to be a graduate of La Trobe University.”

Tasneem Chopra is a cross-cultural consultant who speaks across the private and public sector to issues of cultural competence, gender, leadership and intersectional discrimination. Ms Chopra completed a Masters of International Development at La Trobe before she was appointed the Board Director for Ambulance Victoria, The Australian Centre for the Moving Image (ACMI), NOW Australia, the Luke Batty Foundation and Chair of the Australian Muslim Women’s Centre for Human Rights.  Tasneem is also a TEDxMelbourne presenter and a media commentator.

Bronwyn Curtis OBE graduated from La Trobe with a Bachelor of Economics. Ms Curtis is a leading economist whose career spans both global financial markets and media. She has risen to the top of her field in one of the most competitive financial environments in the world, and was awarded an Order of the British Empire (OBE) for services to Business Economics in the 2008 Queen’s Birthday Honours List. Formerly the Head of Global Research at HSBC, Ms Curtis is now a Non-Executive Director at the UK's Office of Budget Responsibility, and received an Honorary Doctorate from La Trobe University in 2017.

James Fazzino is a respected ASX 50 business leader with an enduring commitment to business sustainability and care for the community. He is the Chair of Manufacturing Australia, a Vice Chancellor’s Fellow at La Trobe University and a member of the University’s Make The Difference Campaign Cabinet. Previously, James was also an Adjunct Professor to the La Trobe Business School. Before leading Australian company Incitec Pivot Ltd into the global market, Mr Fazzino secured a Bachelor of Economics from La Trobe.

Dr Susan Mayes is an Adjunct Research Fellow at La Trobe University’s School of Allied Health, Human Services and Sport and an internationally respected physiotherapist, teacher and mentor. Dr Mayes is recognised as a leader in the field of physiotherapy – particularly in areas of rehabilitation, injury management and injury prevention – and is a world-renowned expert in dance health, holding the position of Principal Physiotherapist and Medical Team Manager for The Australian Ballet since 1997. Dr Mayes earned a PhD in Health Science, a Graduate Diploma in Sports Physiotherapy and a Bachelor of Applied Science (Physiotherapy) from La Trobe.

Michael O’Keeffe graduated from La Trobe with a Bachelor of Electronic Engineering/Bachelor of Science (Honours). Mr O’Keefe is the Managing Director and CEO of Aesop, an Australian skin care company with over 300 retail stores and department store concessions across 22 countries worldwide. Prior to joining Aesop, Michael worked globally across Europe, the USA and Australia in a variety of industries including telecommunications, manufacturing, finance and management consulting. Mr O’Keeffe has helped turn Aesop into a multi-million dollar empire with about a dozen staff. In addition, Mr O’Keefe is the co-CEO of the Natura & Co Group.

Jarryd Burns is a recent graduate from La Trobe, having received his Bachelor of Business/Financial Management in 2010. Mr Burns is the co-founder of social enterprise Thankyou Group. In 2008, while still studying at La Trobe University, Jarryd along with friends Daniel Flynn and Justine Flynn launched Thankyou, an organisation that commits 100 per cent of the profit from their consumer products to help end global poverty. Their range includes water and personal care products that fund safe water and toilets and a baby range that funds safe births and healthcare. In ten years, they've given over $5.8 million to fund programs for people in need in 20 countries. 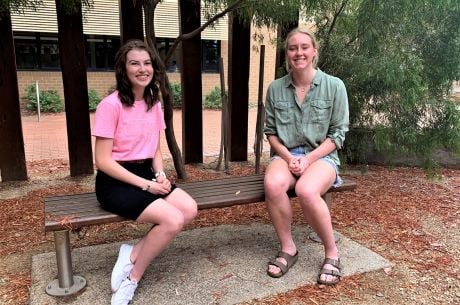