How birds become male or female 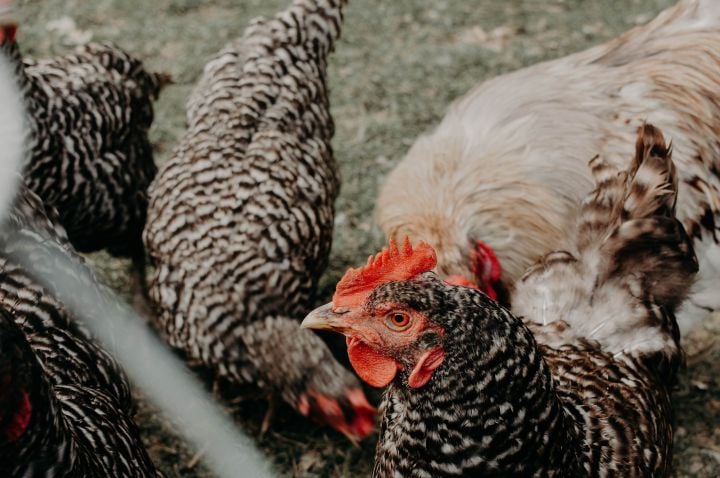 In humans, it’s the sperm that determines whether an embryo is pushed along a male or female development pathway. But in birds, it’s the other way around. Eggs are the deciding factor in bird sex.

There are other fascinating aspects of bird sex that are not shared with humans. Female birds seem to have some capacity to control the sex of their chicks. And occasionally a bird that is female on one side and male on the other is produced – as in recent reports of this cardinal in the United States.

So what is it about bird chromosomes that makes bird sex so different from human sex?

In humans, cells in females have two copies of a large, gene-rich chromosome called X. Male cells have one X, and a tiny Y chromosome.

Birds also have sex chromosomes, but they act in completely the opposite way. Male birds have two copies of a large, gene-rich chromosome called Z, and females have a single Z and a W chromosome. The tiny W chromosome is all that is left of an original Z, which degenerated over time, much like the human Y.

When cells in the bird ovary undergo the special kind of division (called “meiosis”) that produces eggs with just one set of chromosomes, each egg cell receives either a Z or a W.

Fertilisation with a sperm (all of which bear a Z) produces ZZ male or ZW female chicks.

Birds can control the sex of their chicks

We would expect that, during meiosis, random separation of Z and W should result in half the chicks being male and half female, but birds are tricky. Somehow the female is able to manipulate whether the Z or W chromosome gets into an egg.

Most bird species produce more males than females on average. Some birds, such as kestrels, produce different sex ratios at different times of the year and others respond to environmental conditions or the female’s body condition. For example, when times are tough for zebra finches, more females are produced. Some birds, such as the kookaburra, contrive usually to hatch a male chick first, then a female one.

Why would a bird manipulate the sex of her chicks? We think she is optimising the likelihood of her offspring mating and rearing young (so ensuring the continuation of her genes into future generations).

It makes sense for females in poor condition to hatch more female chicks, because weak male chicks are unlikely to surmount the rigours of courtship and reproduction.

How does the female do it? There is some evidence she can bias the sex ratio by controlling hormones, particularly progesterone.

How male and female birds develop

But in birds a completely different gene (called DMRT1) on the Z but not the W seems to determine sex of an embryo.

This kind of sex determination is known as “gene dosage”.

It’s the difference in the number of sex genes that determines sex. Surprisingly, this mechanism is more common in vertebrates than the familiar mammalian system (in which the presence or absence of a Y chromosome bearing the SRY gene determines sex).

Unlike mammals, we never see birds with differences in Z and W chromosome number; there seems to be no bird equivalent to XO women with just a single X chromosome, and men with XXY chromosomes. It may be that such changes are lethal in birds.

Birds that are half-male, half-female

Very occasionally a bird is found with one side male, the other female. The recently sighted cardinal has red male plumage on the right, and beige (female) feathers on the left.

One famous chicken is male on the right and female on the left, with spectacular differences in plumage, comb and fatness.

The most likely origin of such rare mixed animals (called “chimaeras”) is from fusion of separate ZZ and ZW embryos, or from double fertilisation of an abnormal ZW egg.

But why is there such clear 50:50 physical demarcation in half-and-half birds? The protein produced by the sex determining gene DMRT1, as well as sex hormones, travels around the body in the blood so should affect both sides.

There must be another biological pathway, something else on sex chromosomes that fixes sex in the two sides of the body and interprets the same genetic and hormone signals differently.

Birds may show spectacular sex differences in appearance (such as size, plumage, colour) and behaviour (such as singing). Think of the peacock’s splendid tail, much admired by drab peahens.

You might think the Z chromosome would be a good place for exorbitant male colour genes, and that the W would be a handy place for egg genes. But the W chromosome seems to have no specifically female genes.

Studies of the whole peacock genome show that the genes responsible for the spectacular tail feathers are scattered all over the genome. So they are probably regulated by male and female hormones, and only indirectly the result of sex chromosomes. New scholarships for women studying the Master of Internet of Things