For thousands of years, Aboriginal and Torres Strait Islander people have enjoyed a smorgasbord of larvae, but only the ‘witchetty grub’ has been formally classified as edible.

“The larvae of moths and beetles that live in plant roots or tree trunks are among the most popular foods enjoyed by Indigenous Australians,” La Trobe University PhD candidate Conrad Bilney said.

“They’re widely known as witchetty grubs or bardi grubs, but Indigenous Australians believe there are up to 30 different edible larvae in Australia.”

Mr Bilney, with the support of La Trobe supervisors Dr Susan Lawler, Dr Michael Shackleton and Dr Alan Yen, began his research in 2014 to locate and identify edible grubs known to Indigenous Australians. He has been supported financially through the Office of Indigenous Strategy & Education, Executive Director Professor Mark Rose, and by Dr Pettina Love, Indigenous Student Services Officer at the Wodonga Campus.

With the help of Traditional Owners, he has since collected more than 200 larvae from across Victoria, Western Australia and the Northern Territory.

“Traditional Owners helped us to identify the grubs they eat, and from there we preserved them and took them to the laboratory to extract and sequence their DNA,” Mr Bilney said.

“We’re now in the midst of matching the grubs’ DNA to insects, and believe most of the grubs belong to certain families of moths or beetles.”

Mr Bilney, a Kokotha man from South Australia, said the research was important to not only retain Aboriginal knowledge, but to ensure the future management of these nutritionally rich edible larvae.

“These grubs are not only delicious, but an incredibly important source of nutrition for Indigenous Australians who live in desert areas, where energy-rich foods are scarce. They are packed full of fat and protein.”

“I hope my study will pave the way forward for further research. We need to learn more about where these grubs live and when they hatch, so we can tailor conservation efforts.”

Photo thanks to Alan Yen. 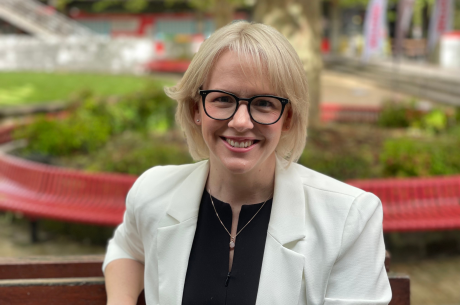