The Royal Commission into Institutional Responses to Child Sexual Abuse has been dominated by abuses perpetrated in the Roman Catholic Church. Its final report bears enduring witness to abuse on a horrific scale.

The commission constitutes the most sophisticated and thorough investigation yet into abuse within the Catholic Church globally. Its recommendations are breathtakingly bold. They provide the most comprehensive pathway so far, to redress and prevent abuse in an institution that has had endemic and catastrophic failures in this area.

This equates to more than four times the number of allegations associated with any other religious group.

Read more: When it comes to redress for child sexual abuse, all victims should be equal

The scale and nature of abuse uncovered in Catholic institutions is staggering. Between 1980 and 2015, 4,444 people reported allegations of child sexual abuse to Catholic authorities. There were 1,880 Catholic leaders subject to allegations of abuse in over 1,000 separate institutions. In total, 7% of Catholic priests in Australia between 1950 and 2010 were accused of child sexual abuse. In a reversal of the gendered pattern of abuse in the general population, 78% of Catholic abuse claimants were male; 22% were female.

The commission has referred at least 309 matters relating to abuse in the Catholic institutions to the police. Twenty-seven prosecutions have begun, and 75 cases are currently being investigated.

While this picture of abuse in Catholic institutions is horrific, it should not be surprising. The scale and nature of abuse uncovered in Australia corresponds closely to that uncovered in international inquiries in the US, Canada, and Ireland. We should expect that the Independent Inquiry into Child Sexual Abuse in England and Wales will uncover a similarly tragic picture there when it reports.

In common with local and international inquiries into abuse in the Catholic Church, the Royal Commission identified:

From the 1990s, religious organisations began to develop protocols for responding to allegations of abuse, including redress schemes. For some survivors, engaging with these schemes was a positive experience that contributed to their healing. But for many, “their experiences were difficult, frightening or confusing”, and exacerbated their original trauma.

The recommendations the Royal Commission has made related to the Catholic Church are numerous and far reaching.

The most significant include:

The Catholic Church is at once a monolithic global institution, and an institution with multiple, relatively independent jurisdictions. This means that while the report’s recommendations for the church are comprehensive, their implementation is by no means simple.

It will take significant courage, effort, and expense on the part of many to effect the recommended reforms. The church’s immediate response did not sound particularly promising on embracing these recommendations.

The Royal Commission has called for five annual reports on the implementation of these recommendations to be publicly tabled following its conclusion this year. Pressure will need to be brought to bear on the church to comply with the commission’s recommendations and reporting schedule.

In light of the church’s catastrophic failures of care, documented in this report, its survival as a public institution is dependent on responding adequately to this historic commission. 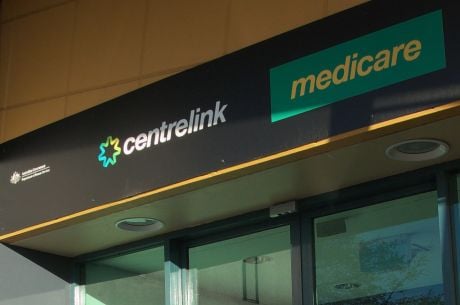