The story of a community which came together through ‘Bayanihan’ to accomplish a specific task and support each other to rebuild after Typhoon Haiyan, and adapt to climate change.

Climate change is at the forefront of global issues with increasing surface temperatures, rising sea-levels and devastating storms becoming more frequent every year.

Record breaking temperatures swept across the United Kingdom earlier this year, and later Hurricane Ian brought winds of over 150 MPH (240 KM/H) across Cuba and the southern parts of the United States. Last year, Foreign Minister of the island nation of Tuvalu, Simon Kofe, presented a speech standing in water during the United Nations Climate Change Conference and urged world leaders to take further action towards reducing the effects of climate change.

While many nations have started implementing mainstream climate change adaptation strategies, the overall effectiveness and resulting impact of these adaptation plans on local communities remains questionable.

Dr Justin See, a Postdoctoral Research Fellow at the Centre For Sustainable Communities, from the University of Canberra and Dr Brooke Wilmsen, Senior Lecturer in Development Studies from the School of Humanities and Social Sciences, at La Trobe University conducted a study exploring how an island community in the Philippines worked with development actors, government leaders, and one another in sustaining adaptation strategies throughout their daily lives.

“What I wanted to highlight in our study, is that unexpected activities or endeavours by people themselves can be a viable or legitimate form of adaptation to climate change,” says Dr See. “It’s a matter of making these practices more visible and recognisable through literature and hopefully move to being developed into practice too.”

Tambaliza is one of the many islands from the province of Iloilo in the Philippines that sustained heavy damages from Typhoon Haiyan in 2013. Despite many houses being destroyed, there were no causalities among the people on Tambaliza island which helped the community plan and start rebuilding their homes.

Funds and resources were limited for the people on Tambaliza island. So, the community came together through ‘Bayanihan’, a term used in the Philippines to describe the act of unity to accomplish a specific task and planned ways of supporting each other.

“Tambaliza was really interesting because what we found was that people did a lot of really clever things themselves to rebuild their community and ensure the island can adapt to climate change,” says Dr Wilmsen.

The field work during the study revealed several communal and adaptation strategies that the community had adopted.

One example was a system called Community Managed Savings and Credit Association (COMSCA). This process involved an agreement between a group of 10-20 people who save and take loans together over a period of 12 months. After a year, the profits and savings are distributed to each person based on the amount they have saved.

A major part of the Tambaliza island community’s adaptation strategies included using their knowledge of their environment and fortifying natural ecological structures to protect against the dangerous effects of climate change.

“The people of Tambaliza island have been adapting to their environment for decades and there is something to learn from them. The mainstream adaptation industry needs to know that there is value to locally based place-specific knowledge.”

Support from local non-governmental organisations (NGOs) in providing the skills, training and knowledge to the local communities of Tambaliza island further equipped the people to be prepared for long-term climate adaptation strategies. Part of the training process involved allowing the people to recognize the skills and assets they already have and how they can develop these skills to improve their capacities to build their community.

The study showed that the climate change adaptation strategies developed by the people on Tambaliza island was a result of recognising their skills and abilities rather than focusing on what was missing. By going against the traditional deficit model in community development, the study’s approach proved to be more effective in empowering the people as opposed to framing them as victims of climate change.

While resettlement was not imposed on Tambaliza island, it was implemented in other parts of the Iloilo province in the Philippines.

“There’s an assumption that climate change is an altruistic reason for resettlement and that such an extreme intervention is in the best interest of those people identified as requiring relocation,” says Dr Wilmsen. “But there’s no real thought about social fragmentation or the inequalities caused by mainstream relocation interventions.”

In future research, Dr See and Dr Wilmsen plan to explore this phenomenon in the city of Tacloban which was also severely affected by Typhoon Haiyan. They hope to influence the adoption of climate adaptation strategies that nurture and strengthen communities rather than exacerbate inequalities. 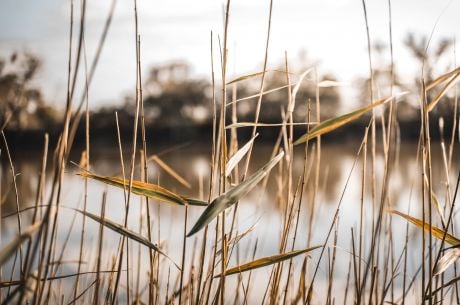