CAPR’s Claire Wilkinson, Robyn Dwyer and Janette Mugavin, with Sarah Jackson from the Cancer Council Victoria, have written an editorial just published in the November edition of the Drug and Alcohol Review where they recommend “local governments, public health experts and the community continue to lobby for social well-being and ‘health’ to be an explicit objective in Victoria’s planning law”. The editorial notes that deregulation of liquor licensing has led to a reliance on market processes to determining alcohol’s availability. When communities have tried to stop large chain packaged liquor stores opening, they have usually been unsuccessful.

Some Australian jurisdictions have introduced planning provisions to increase local control over packaged liquor. For example, Victoria introduced planning permits for packaged liquor outlets as well as a new planning clause to consider cumulative impacts of clustering liquor stores together such as noise, anti-social behaviour and violence. The editorial’s authors undertook a case study of the City of Casey (Casey) to examine whether these changes had the desired effect. Casey attempted to restrict trading conditions and prevent the opening of a large chain liquor outlet in Cranbourne East in a series of actions from 2012-16.

Casey wanted to amend its development plan in Cranbourne East to restrict the sale of packaged liquor within an activity centre, as there was already over-accessibility of alcohol in the community.  The amendment capped floor areas, limited trading hours, disallowed liquor outlets being part of supermarkets, and required applicants to demonstrate a net community benefit of a new outlet. The owner of the land for the activity centre opposed council’s changes, and was successful in appealing to VCAT, Victoria’s multipurpose civil appeals tribunal, to rule the changes to the development plan invalid. Woolworths applied to open a Dan Murphy’s in Cranbourne East after the VCAT decision, and a permit was granted by the Victorian Commission for Gambling and Liquor Regulation (VCGLR).

The Casey example highlights the limitations in the current planning provisions. At the time of writing the editorial, Casey was the only Victorian local government a to apply the new planning tools to restrict a packaged liquor licence application. In practice, evidence of social harms from alcohol use is not considered in planning decisions, and when Casey attempted to use the new tools in the case of the Cranbourne East development plan, much of Casey’s evidence about the negative social impacts of alcohol use was deemed irrelevant to the case. Since a planning permit decision can be appealed, and such decisions are frequently overturned, local governments are often unable to limit local alcohol availability through planning. There is also inadequate consideration of harm minimisation in licensing decisions.

The authors argue reforms are needed and recommend that the Victorian Parliament reform planning and licensing law to improve public health-oriented decision making, and that local governments, public health experts and the community continue to lobby for social well-being and ‘health’ to be an explicit objective in Victoria’s planning law. They also argue to strengthen the licensing system’s focus on public health, proposing that a new test should be introduced that gives the Commission discretion to grant a new or varied licence only if it is satisfied that the licence is in the public interest and consistent with the objects of the Act. Such a test arguably places the minimisation of harm at the centre of licensing decisions and reduce the reliance on market processes to govern alcohol’s availability. 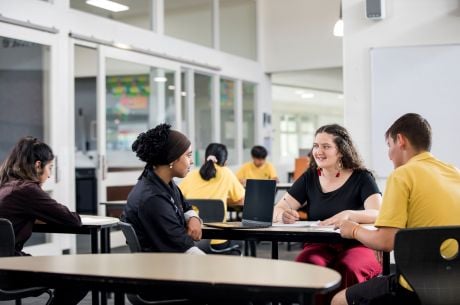