La Trobe University researchers have developed an artificial intelligence (A.I.) algorithm that could work alongside expensive and potentially biased breath testing devices in pubs and clubs.

The technology can instantly determine whether a person has exceeded the legal alcohol limit purely on using a 12-seconds recording of their voice.

In a paper published in the journal, Alcohol, the study led by Ph.D. student Abraham Albert Bonela and supervised by Professors Emmanuel Kuntsche and Associate Professor Zhen He, from the Centre for Alcohol Policy Research and the Department of Computer Science and Information Technology at La Trobe University, respectively, describes the development of the Audio-based Deep Learning Algorithm to Identify Alcohol Inebriation (ADLAIA) that can determine an individual’s intoxication status based on a 12-second recording of their speech.

"A test that could simply rely on someone speaking into a microphone would be a game changer.”

The algorithm was developed, and tested against, using a database dataset of 12,360 audio clips of inebriated and sober speakers. According to the researchers, ADLAIA was able to identify inebriated speakers—with BAC of 0.05 per cent or higher—with an accuracy of almost 70 per cent. The algorithm had a higher performance of almost 76 per cent, in identifying intoxicated speakers with a BAC of higher than 0.12 per cent.

The researchers suggest that one potential future application of ADLAIA could be the integration into mobile applications and to be used in environments (such as bars and sports stadiums) to get instantaneous results about inebriation status of individuals.

“Being able to identify intoxicated individuals solely based on their speech would be a much cheaper alternative to current systems where breath-based alcohol testing in these places is expensive and often unreliable,” Albert Bonela said.

“Upon further improvement in its overall performance, ADLAIA could be integrated into mobile applications and used as a preliminary tool for identifying alcohol- inebriated individuals.” 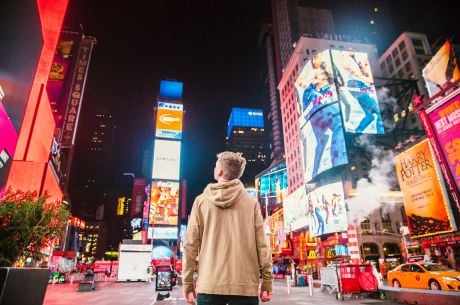