A landmark study by La Trobe University researchers has shown that young children’s exposure to their mother’s and father’s drinking informs their normative perceptions of alcohol.

While consumption of alcohol does not generally begin until early adolescence, children appear to internalise adult drinking behaviours from a very young age.

The study was led by Dr Megan Cook and Professor Emmanuel Kuntsche, from the Centre of Alcohol Policy Research at La Trobe’s School of Psychology and Public Health, and published in the journal, Alcoholism - Clinical and Experimental Research. The authors surveyed 329 children, aged 4 to 6 years old, using an electronic task where they attributed alcoholic beverages to a variety of persons depicted in an illustrated scenario. Their parents completed an online survey that included information on alcohol use and exposure.

According to Dr Megan Cook and Professor Kuntsche, while most people start drinking alcohol in their adolescence, most have already internalised normative information about adults' drinking practices as young children under 8 years of age, through observational learning.

“By the time consumption is initiated, it is based on years of this observational learning alongside the physical and social contexts in which children live, alcohol's availability, price, and marketing,” Dr Cook and Professor Kuntsche said.

“Although there are a variety of potential sources, when children are at a young age parents play a primary role in observational learning and modelling.”

Importantly, according to Dr Cook and Professor Kuntsche, it is crucial to investigate not how much parents drink in general, but rather when they drink in the presence of children.

This study looked at the role of exposure to parents’ drinking on young children's normative perceptions.

”This early exposure is important to study because norms play a role in regulating young people's drinking, predicting heavy and problem drinking in 17-19 year olds,” the researchers said.

In the electronic task, the children from the Netherlands, were asked to choose one of 12 beverages (four alcoholic and eight non-alcoholic) underneath an illustration of everyday life situations (persons being at a campsite, in a restaurant, at a party, etc.) and to “attribute” to the individual at whom an arrow is pointing.  To do so, they tap on the picture of the beverage they think the person in the illustrated situation has been drinking. Illustrated situations are presented one at a time and in a random order. A beverage is attributed to each person in the illustrated situation before moving onto the next situation.

Parents responded to a questionnaire on their consumption in a range of drinking situations: dinner, Christmas, party, watching TV, barbeque, terrace restaurant, camping, etc. Participants were asked how often they drank alcohol in the situations that corresponded to the family-related situations included in the electronic task which the children completed.

The study found that on average:

The study found that what children learn from their parents - especially mothers - is gender-specific.

“The results provide compelling evidence of the intergenerational transmission of drinking behaviours at very young ages, and because exposure is gender-specific, it may be an important first stepping-stone toward the gendered drinking identities found in the adult population,” Dr Cook and Professor Kuntsche said. 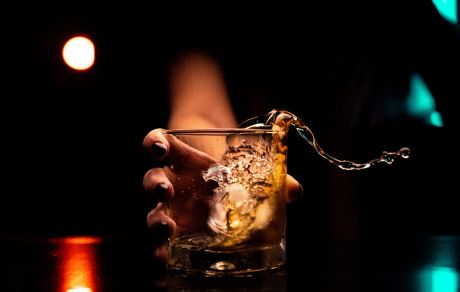