Dr Westendorf has detailed her findings and the stories of victims in a new book published by Cornell University Press – Violating Peace: Sex, Aid and Peacekeeping.

She said the book exposes some brutal truths about peacekeeping.

“When interveners perpetrate sexual exploitation and abuse, they undermine the operational capacity of the international community to effectively build peace after civil wars and to alleviate human suffering in crises,” Dr Westendorf said.

“These behaviours also pose a significant risk to the perceived le­gitimacy of the multilateral peacekeeping project, and the UN more generally, with ramifications for the nature and dynamics of the UN in future peace operations.

“Until now, there has been an accountability black hole that prevents most perpetrators from being held accountable because of gaps in national and international law around gender based violence and the abuse of children.”

“The constellation of factors that give rise to sexual exploitation and abuse in peace operations also contribute to challenges such as peacekeepers failing to protect civilian populations at risk from wartime violence and their participation in the trafficking of contraband goods,” Dr Westendorf said.

“Moreover, it is deeply connected to disagreement at international levels over who should shoulder the burden of global peacekeeping and has deepened conflict among the member states of the UN over the management and funding of peacekeeping.”

Dr Westendorf said this misconduct is deeply linked to the broader cultures and structures within which peacekeepers work, and which shape their perceptions of and interactions with local communities.

“In these instances, there are extreme power imbalances between peacekeepers and locals which violate the core principles of UN peacekeeping,” Dr Westendorf said.

“These imbalances include the establishment of peacekeeping economies which lay bare the material inequality between peacekeepers and the communities they serve to protect, and the dynamics of sexism and racism that clearly underpin many of the examples of abuse and exploitation discussed in Violating Peace.

“Effectively preventing such behaviours and holding perpetrators accountable is crucial to global peace, order, and justice, and so mybookalso identifies how policies might be improved in the future, based on an account of why they have failed to date.”

Dr Westendorf’s recommendations include changes to training and accountability mechanisms for peacekeepers and aid workers deployed into conflict zones, efforts to better address the gender and power dynamics that give rise to sexual misconduct, and work to ensure that all personnel in peace and humanitarian operations understand how these behaviours critically undermine the broader goals of their work. 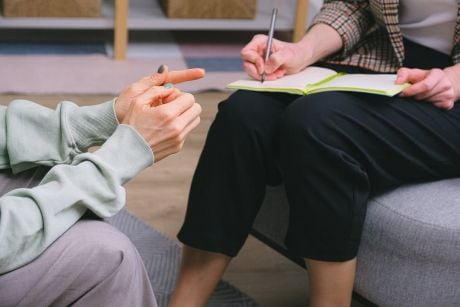