How does wildlife fare after fires? Fire ecologists and wildlife specialists at La Trobe University have made key discoveries in how wildlife restores itself after bushfires, and what Australian conservationists can do to assist the process.

The study, published this week in Wildlife Research journal, looks at various reserves in Victoria after bushfires had taken place. It finds that the surrounding area of any fire dictates what species survived and went onto thrive.

Key findings of the study include:

To minimise damage of large bushfires and to protect important species and vegetation, strategic burns create firebreaks – vital in slowing the spread of fire.

La Trobe honours student Angela Simms, author of the study, said the study opens up an important discussion on how conservationists can make informed decisions on planned and strategic burning.

“With our dry climate, Australia has seen more than its fair share of destructive bushfires. This, in conjunction with increasing habitat loss more generally, means that it’s not uncommon to see localized extinctions of species after a fire.

“We can conclude that the surrounding habitat and vegetation to a fire directly determines the species that will recolonize that area.

“From this, we know the wider landscape context – particularly surrounding species and vegetation – should be a key consideration for conservation programs when planning locations for strategic burns.

“But it also tells us a lot about what to expect when a bushfire does take place, and what preparations they can undertake to restore native wildlife that could be vulnerable when needed.

“There is still much to learn about post-fire fauna communities but this study marks the start of a journey to better understand how we can protect important wildlife before, during and after fires.” 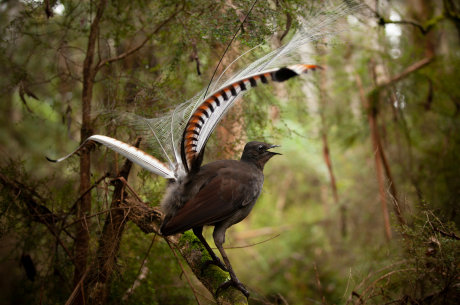