La Trobe University researchers have completed the largest and most comprehensive mitochondrial DNA study of Aboriginal Australians in a bid to better understand their ancestry.

DNA samples of 594 self-declared Indigenous Australians from around the country were analysed and classified into mitochondrial haplogroups - genetic groups that share a common ancestor and often show a distinct distribution.

The findings have been published in the Journal of Human Genetics.

Dr John Mitchell from La Trobe’s Department of Biochemistry and Genetics, who led the study, said the research revealed there was a high level of genetic diversity among Aboriginal Australians.

“All indigenous haplogroups were found to be ancient, with estimated ages greater than 40 thousand years, and all were widespread throughout the continent.”

PhD student Nano Nagle, who was first author of the publication, said previous mitochondrial DNA studies on Aboriginal Australians usually involved less than 100 participants who were mostly from the Northern Territory and single locations in Western Australia and New South Wales.

“Therefore we had very little information with regards to the distribution patterns of these indigenous haplogroups,” Ms Nagle said.

“We also had limited data from South Australia and Queensland and none, until now, from Victoria, despite some of these states having large populations of Aboriginal Australians.”

Ms Nagle said Aboriginal Australians were one of the most poorly studied populations from a human evolution perspective, despite being one of the oldest continuous cultures in the world.

“There has been ongoing debate for years among archaeologists, anthropologists and geneticists about when they arrived in Australia and the path they took to get here. “

“Our research found their migration to Australia was both ancient and complex, with at least two routes of entry.

“It supports previous findings that Aboriginal Australians arrived in Australia up to 55,000 years ago via the Indonesian island chain, but we found no evidence of any subsequent significant immigration until 1788.

“Our findings confirm they were isolated in Australia for tens of thousands of years before European colonisation.”

Lesley Williams, an Aboriginal Elder and advisor to the study, said Aboriginal people were increasingly interested in finding out about their genetic history.

“I’m not surprised, but still heartened, to discover that this DNA analysis supports what our parents have taught us over many generations that we have lived here in Australia since the Dreamtime.” 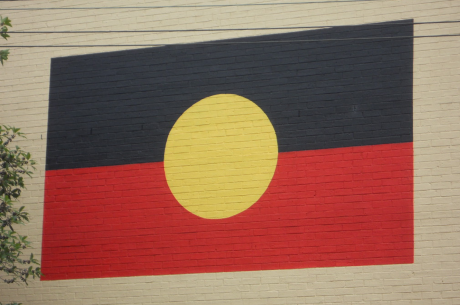