Between 2014 and 2016, protests erupted in Bendigo in relation to an application for a planning permit to build a mosque in an industrial area three kilometers from the central business district.

Polarity between pro and anti-mosque supporters was promoted in the media and entrenched in online forums. Open discussion about concerns, values and ideals was stymied, as much of the public discourse implied there were two discrete groups from which the local community had to choose – anti-Islam or anti-fascist.

Common ideals of human rights, the role and rule of law, and their relationship to democratic processes were lost among name-calling and threats in street rallies and social media.

Like the adversarial mud-slinging observed during Brexit and Trump, concern about animosity silenced large swathes of the population.

Brexit, Trump and the rise of Hanson reminds decision-makers and the citizenry that there are real and perceived impacts that affect groups in society unevenly when those societies are undergoing fast transition. It is emotional, and people seek visibility, recognition and a sense of control over their lives.

Yet recognition should not result in political expediency or pandering to electoral populism. This approach undermines the very structures that were created to govern our diverse interests. Ideals and institutions of democracy are denigrated along with the history of these nations.

Like the UK and the USA, Australia is a multi-ethnic, multi-cultural and multi-religious society – and always has been – both prior to and post European occupation.

Often notions of purity and tradition enter into arguments used to support the status quo but these claims fail to recognise how people and societies adopt, adapt or appropriate various cultural expressions as their own.

The desire of empires to secure resources and engage in trade subjugated different peoples in places like the Africa, the Americas and Asia while simultaneously being influenced by local philosophy, cultural practices and artistic expression.

As such, Australian heritage includes the foundational and ongoing advancements in the humanities, economics, science, and technology that spans the globe, including Europe and the Middle East.

Current appeals to particular aspects of ‘western civilisation’, such as British heritage and Christian values as a basis upon which to define what it means to be Australian – or English or American … obfuscates centuries of the global movement of people, goods and ideas that was occurring before the relatively recent invention of nation states.

For example, there were over 200 Aboriginal language groups with over 700 dialects when the first European fleet arrived, and Aboriginal people had been trading with various groups, including Muslims.

Unfortunately, modern Australian, British and American societies replicate the benefits as well as the divisiveness of colonial endeavor that erroneously identifies winners and losers, insiders and outsiders, as well as good and bad people and cultures.

This has been particularly evident over the past 15 years or so with Australian policy toward asylum seekers, the political bashing of Islam, the association of violent acts with terrorism when committed by individuals or groups who are Muslim, but as aberrations when committed by people of Christian faith.

This focus on difference and incompatibility is a public imaginary that we create as a society through our bias, poor historical knowledge, and willingness to allow opinion to function as fact, as if no further evidence or discussion is needed.

Ignorance, self-righteousness and bigotry have found fertile ground in political discourse and representation of that discourse in media.  The fears, concerns and questions of the general public have been exploited for political and financial gain across the political and media spectrum.

Decades of politically charged ‘debate’ about issues from welfare to asylum seekers to climate change has cynically emphasised ‘us and them’ mentalities and simplistic understandings of nations, culture and people.

The general public has been given liberty to dismiss, deflect or degrade those with different views. We seem to be stuck in a useless ideological tug-of-war, which erupts in claims of democracy or tyranny. In either case, both terms have been stripped of their essence and now, just means winning.

However, there have been excellent examples of politicians, journalists, business, religious and community leaders who have sought to correct factual errors, remind Australians of our ethical and moral responsibilities based on our essential humanity, and provide opportunities to move toward greater compassion and understanding.

As a society, Australia has an opportunity to avoid the deeper fractures that plague the UK and the USA by envisioning the future, rather than re-visioning the past.

Obtaining Brexit was the key goal, and once obtained the shock revealed the lack of plans for a post-secession state. Slogans like ‘Make America Great’ again cater to a fraction of the US population, increase racial incivility and display a glaring lack of policy direction.

Therefore, within Australia, leadership needs to focus on the type of society we ought to be creating for the future.  We need politicians, business and community leaders to stand firm on promoting non-discriminatory values, expectations and aspirations.  Importantly, we need to develop a clear explanation as to why and how.

One place to start is with everyday conversation and public demands for better quality leadership.  Basic conflict resolution principles stress the importance of focusing on common ground, and a willingness to learn, grow and to be uncertain. This requires commitment, patience and forgiveness to focus on what makes us human.

Here are five things that need to happen:

Conversation is not everything, but it is essential for transforming healthy debate into effective policy.

Dr Julie Rudner, who will be speaking at the upcoming free Bendigo Bold Thinking Series event: What is the vision for a free and cosmopolitan city of the future 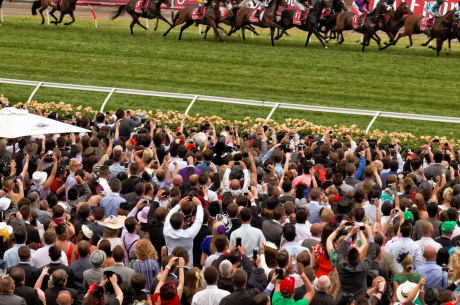