Four La Trobe students will be amongst the Australian Paralympic Team chasing gold at the Tokyo Paralympic Games.

Emily Beecroft returns for her second Paralympic campaign after Rio 2016, where she competed in three finals and narrowly missed out on bronze in the 50m Freestyle S9.

Born with a radial limb deficiency, Beecroft grew up in the regional Victorian town of Traralgon and took up swimming with her sisters from a young age.

Now 21-years-old, Beecroft studies a Bachelor of Arts at La Trobe University and is a member of the La Trobe Elite Athlete Program.

Ahmed Kelly, born in Baghdad with severely underdeveloped limbs as a result of chemical warfare, is back in the pool for his third Paralympics in the S4, SB3 and SM4 classifications.

Kelly became an Australian citizen in 2009 and now studies a Bachelor of Arts at La Trobe University.

He won silver in the 150m Individual Medley at the 2019 World Para Swimming Championships in London, and heads into Tokyo with hopes to add Olympic medals to his collection.

Bree Mellberg is making her Paralympic debut for the Australian Gliders in wheelchair basketball.

Mellberg was initially a gymnast, then a diver, representing Australia at the 2008 FINA world junior diving championships.

After breaking her neck in a trampoline accident, she switched to wheelchair basketball as part of her rehabilitation, and earned her first selection for the Gliders at the 2017 Osaka Cup.

Outside her sport, she is currently undertaking a PhD at La Trobe University, having already completed a Bachelor of Biomedical Science with Honours at La Trobe’s Bendigo Campus.

Jeremy Tyndall is also representing Australia on the basketball court as he debuts for the Rollers.

Tyndall hails from the country town of Waaia, where he started his first passion for motorbike racing.

When a motocross crash left him with a broken back at the age of 16, he picked up wheelchair basketball as part of his rehabilitation, and won bronze at the U23 World Championships just five years later.

Tyndall, who also studies a Bachelor of Education (Primary) at La Trobe, is part of the Rollers squad looking to win their first Paralympic gold medal since Beijing 2008.

On behalf of the whole La Trobe University community, we wish all of our athletes the best of luck in their efforts to bring home gold for Australia.

You can watch our athletes go for gold in their events on the dates and times (displayed in Australian Eastern Standard Time) displayed below:

Please note: While every effort will be made by La Trobe Sport to ensure these event dates and times are correct, they are all subject to change at short notice and may not be updated by the time the event takes place.

To live stream the races above on 7Plus, please download the 7Plus app from Google Play Store or the App store. (Some smart TV’s may have the app already downloaded.) All Heats sessions begin at 10am Melbourne time (AEST) & will be live streamed on the 7Plus app. Look for “Paralympics” tab on the APP. Finals will be live streamed on the 7 Plus app from 6pm. You are also able to catch up on sessions that you have missed through the app. Again, please search for the event name and look for the session you would like to catch up on. Channel 7 will also broadcast all the swimming & other sports. Please check your TV guides. 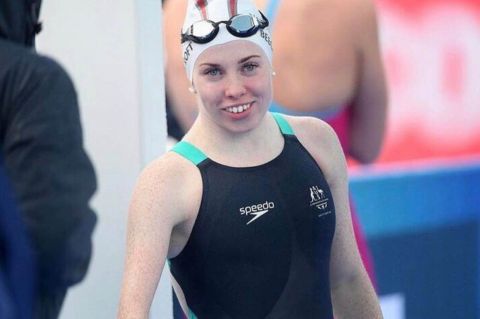 Start times marked with * are approximate.

Start times marked with * are approximate.