Myanmar presents a dilemma for ASEAN, but the need for stability may surpass its need to uphold its key principles, says Lachlan Cropley.

Lachlan Cropley is an Education Facilitator at Australia-Indonesia Youth Association.

In February 2020, the Myanmar military seized control of the country claiming election fraud after the party they backed experienced a landslide loss in the general election. The detention of elected State Counsellor Aung San Suu Kyi and her party members resulted in mass protests which have been met with violence, civilian deaths and targeted imprisonments.

The continued disruption to Myanmar’s democracy presents the Association of Southeast Asian Nations (ASEAN) with a dilemma. While keen to practice non-interference with member states, the continued political violence and little progress towards peace has led ASEAN to limit its interactions with Myanmar.

As this situation has persisted, ASEAN members have suggested that there must be action to bring domestic peace to the country, regional stability and eventual reincorporation as a member state. For ASEAN, Myanmar presents a problem of legitimacy, and the coup has left its division on how to proceed with Myanmar’s membership.

Without an overall strong consensus of how to handle Myanmar by all members within ASEAN, legitimacy cannot be ensured. Current chair Cambodia, an autocratic nation with closer ties to China than its partners, would likely favour altering ASEAN’s approach to Myanmar. Yet this chairmanship looks unlikely to take dramatic action as it goes against ASEAN’s non-interference policy concerning unwarranted involvement in other member’s domestic affairs. Some members see the non-interference policy asa severe roadblock to maintaining stability in the region, whilst others consider it a protection of their domestic actions and politics from their fellow ASEAN states.

Another consideration for ASEAN is the priorities of great power interests in the region. With ASEAN’s own interests located within a region involved in the ongoing powerful rivalry between the United States and China, a careful approach considering external nations must be provided when reincorporating Myanmar into ASEAN that does not incite a situation involving the rivalry of the great powers. This reintegration is important for ASEAN as it would reinforce its significance in the region as a symbol of Southeast Asian unity. However, if the situation with Myanmar were to spill into the region and involve the China/US rivalry it could lead to further tensions between ASEAN members allied to either side.

In October 2021 ASEAN made an attempt to include Myanmar in its proceedings without seeming to legitimise the coup, by inviting a non-political representative to ASEAN’s summit. This invitation was a bold step as it excluded Myanmar’s new leader Min Aung Hlaing in an effort to uphold ASEAN’s credibility.

This was declined by Myanmar’s leadership leading to further actions being explored, with Malaysia’s foreign minister Saifuddin Abdullah even suggesting that ASEAN should exercise some “soul-searching” surrounding it’s non-interference policy. This is not the first time the policy has been questioned, especially regarding the domestic affairs of Myanmar.

Myanmar’s repeated persecution of the Rohingya has left ASEAN member states and outside nations wanting further pressure placed on ASEAN and Myanmar to uphold stability.

In contrast, a rethinking of ASEAN’s non-interference policy may actually be detrimental to ASEAN’s stability. For member nations such as Cambodia, whose autocratic government contrasts many of its fellow member states, non-interference in domestic affairs is a principle that ensures that it experiences no pressure to change from nations politically dissimilar.

Here Cambodia’s new chairmanship of ASEAN may become a key obstacle to solving the issue of bringing Myanmar back into ASEAN affairs. Although Myanmar’s new leadership is seen as highly concerning and to many ASEAN members, Cambodia’s own domestic issues, albeit less concerning to other regional members, have the potential to be interfered with if the non-interference policy were adjusted. Cambodia could develop a reluctance to engage with the ASEAN as a result, instead being more focussed towards China, which also has a policy of non-interference.

For ASEAN, the need for stability may surpass its need to uphold its key principles. Although there is a dislike for interference within the regional grouping, an unstable region could invite more trouble for all members concerned. As we have seen with countless countries in the past, political, ethnic and religious instability can lead to problems for neighbouring countries. As the regionis also a contention point for China and the US, this instability is sure to create scenarios for both nations to be involved in ASEAN affairs, whether it is beneficial for ASEAN or not.

Bringing Myanmar back into the fold will be a strenuous task. ASEAN does not hold a single view, and many of the decisions made concerning Myanmar will not please everyone. For ASEAN however, to keep all nations committed to the grouping, a pathway to the reintegration of Myanmar will need to be a balanced decision that keeps nations committed to the institution whilst ensuring its legitimacy and contribution to regional stability. 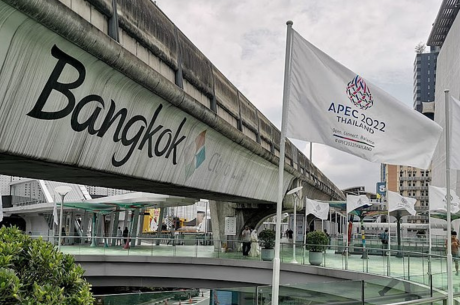