La Trobe University will welcome one of Australia's most recognised China Studies scholars as Director and Chair of the China Studies Research Centre, College of Arts, Social Sciences and Commerce, in March.

Professor John Makeham will join the University on 1 March 2016.

Professor Makeham will bring with him substantial international experience in teaching and research at universities across Australasia and East Asia, including appointments at Victoria University of Wellington, University of Adelaide, National Taiwan University, Chinese University of Hong Kong and the Australian National University.

In 2005, Professor Makeham was awarded the Joseph Levenson Book Prize (Asian Studies Association, US). Last year, he received the Special Book Award of China which was acknowledged by the Chinese government for his published scholarship on China. In 2009, he was elected as a Fellow of the Australian Academy of the Humanities in recognition of his contributions to the study of Chinese intellectual history.

By working in collaboration with a broad range of scholars who have an interest in China, Professor Makeham is enthusiastic about the opportunities his new role at La Trobe will provide for the Centre and the University. By harnessing and coordinating existing expertise, he aims to enhance and promote the calibre and quantum of China Studies research drawn from across the University.

Director of La Trobe Asia, Professor Nick Bisley, said Professor Makeham would help to boost the University's reputation as a leader in the international field.

"The China strategy is a core part of the university's decision to make Asia a focal point of its internationalisation," Professor Bisley said.

"The appointment of Professor Makeham is a centrepiece of this strategy, in which La Trobe aims to become a leading centre for the study of China."

Pro Vice-Chancellor for the College of Arts, Social Sciences and Commerce, Professor Tony McGrew, extended a warm welcome to Professor Makeham and said his appointment was an exciting one. 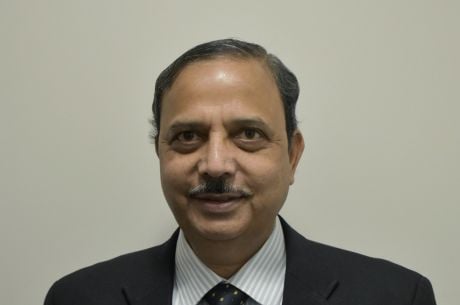