Led by educationist Dr Mary Keeffe, the first cohort of fifteen La Trobe students will travel to Mumbai and New Delhi in November.

La Trobe University’s role in India’s ‘Educate the Educators’ program will promote a collaborative relationship where Australian and Indian teachers work together to address the educational needs of students with diverse abilities.

The initiative has been supported by the Australian Government’s New Colombo Plan Mobility Program, which is helping fund La Trobe education student visits to India for the next three years .

The New Colombo Plan aims to increase understanding of Asia and the Pacific among Australian undergraduates and build people-to-people and institutional links with countries in Australia’s region.

‘Our aim,’ she said, ‘is to boost educational opportunities for people with disabilities by helping to build teacher capacity to work with children with special needs in mainstream classrooms.

‘Follow-up visits to Indian schools will include La Trobe students and researchers from education, speech pathology and social work. They will use a team-based approach to solving problems and building teacher capacity, which will be helpful for both Australia and India.

Acting Vice-Chancellor Professor Jane Long said it was an exciting project that extended the horizons and experiences for La Trobe students, while contributing to an important educational goal of India’s education system.

‘We are extremely pleased to launch this scheme,’ she said, ‘as La Trobe has close and long-standing connections with India, reaching back to 1968 when India’s then Prime Minister, Indira Gandhi, visited the Melbourne Campus.

Two years ago the University inaugurated the Shri Amitabh Bachchan Scholarship for Indian students to study at La Trobe. Named after legendary Indian film actor Amitabh Bachchan, it is valued at up to A$200,000 for four years.

Professor Long said: ‘We are the only university in Australia – apart from the ANU – to teach Hindi and a founding member of the Australia India Institute. Our library houses one of the largest Indian collections in Australia.

‘We also have an arrangement for our sports management and sports journalism students to undertake internships with the leading Indian Premier League (IPL) Cricket team, Kings XI Punjab which was also funded by the New Colombo Plan in 2016,’ she said.

La Trobe University has supported the Indian Film Festival of Melbourne (IFFM) since 2011. This year’s festival is a sponsor of India’s ‘Educate the Educators’ project. Vidya Balan is in Melbourne as a guest of the Festival.

Image: Vidya Balan, centre, with Dr Keeffe talk with some of the students about their forthcoming trip to India. (Michelle McFarlane) 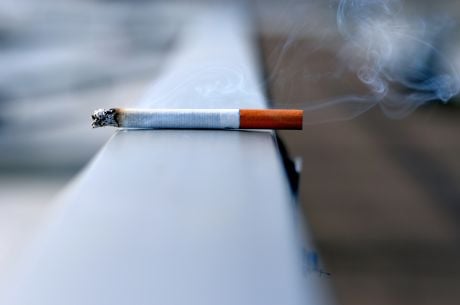