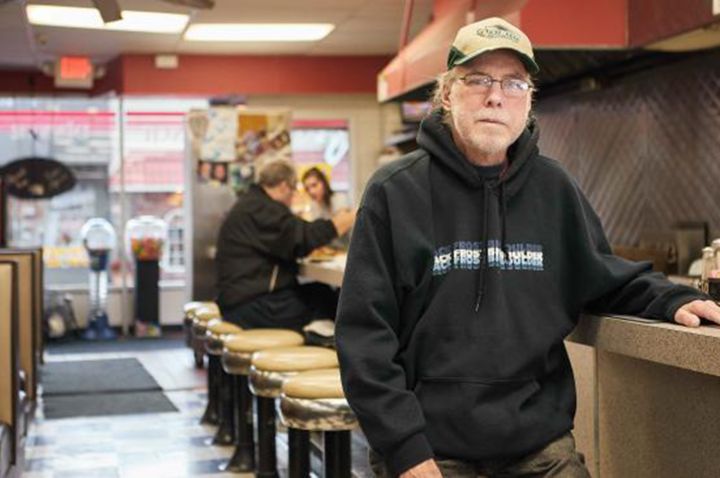 In February, while the US primaries were still being held, I attended a dinner party for Australian-born military strategist David Kilcullen. Kilcullen asked who we thought would win the US election. Almost everyone predicted a Hillary Clinton victory. Without pausing for thought, I opted for Donald Trump.

Later, as Trump’s views and insults became ever more extreme, I gradually, and as it turned out wrongly, changed my mind.

My initial response to the question of who was likely to be the next US president was based on observation of the politics in the Anglophone world across the past 50 years and on a theory arising from that observation. The theory, in brief, goes like this:

Since the late 1960s the Anglophone countries — the US, Britain and Australia (I know little at first-hand about Canada) — have undergone two profound revolutions, one in the sphere of culture, the other in the sphere of political economy.

The cultural revolution, the more profound, occurred first, beginning in the second half of the 60s. It challenged and to some extent overturned centuries-old Western “values”: the superiority of the white “race” over all other races, which legitimised a long history of racial discrimination at home and colonialism abroad; the intellectual inferiority of the female to the male; the view that ­humankind was master of the natural world, which was to be used to serve our economic interests; the human species’ right to exploit other species to satisfy our needs; the characterisation of all non-heterosexual sexual practices or desires as perversions; the stigmatisation or gentle mockery of the disabled.

The revolution in the sphere of political economy occurred about a decade after the cultural revolution. This revolution had many names but most common was neoliberalism. What neoliberalism challenged and to some extent overturned was the Keynesian social-democratic economic order introduced throughout the Anglophone world (with differing degrees of thoroughness) after World War II.

The cultural revolution was embraced most enthusiastically by left-leaning “cosmopolitans”, often young, who felt at home in the new world of values — those entering the liberal professions, doctors, lawyers, architects; academics, postgraduate and undergraduate students; public servants; those working in the new or swiftly expanding tertiary sector of the economy — in health, education, advertising, information technology, public relations, media and entertainment.

The revolution in the sphere of the political economy was embraced most enthusiastically by right-leaning cosmopolitans, who prospered in the new globalised economy: the owners and man­agers of large-scale multinational corporations; bankers; private enter­prise economists; shareholders; substantial property owners; prosperous small business proprietors; certain elements of those older professions closely linked to business.

Both these revolutions — in the sphere of culture and of the political economy — were resisted to some extent or other by large sections of those outside the spheres of the left-leaning and right-leaning cosmopolitans. “Parochials” is the most accurate term that has been used to describe them.

The cultural revolution was resisted by less prosperous whites, males but also females; by those without a tertiary education; by those who lived in small towns and rural areas; by Christians who belonged to old churches or new, born-again evangelical communities and, more generally, by social conservatives; by patriots who believed in the immaculate goodness of their own nation and its history; by those who were appalled by what they took to be the breakdown of law and order and the growth of what looked like immorality and perversion, with the rise of drug-taking, petty crime and what was considered to be sexual anarchy.

For these people, the cultural revolution appeared as an offence to common sense that was being imposed on them by the big city-based, left-leaning cosmopolitans whom they spoke of as the “elites”.

A potent term — political correctness — that was used as a general descriptor for the world view that the parochials thought was being forced on them by the cultural cosmopolitans became common in the early 90s.

The revolution in the sphere of the political economy was resisted by less prosperous citizens, especially by those whose traditional way of life was disrupted by the forces of globalisation, in particular the manufacturing working classes; small farmers and the country workers who relied on them; declining uncompetitive small businesses; fearful coalminers or others working for the fossil fuel industries; and by those for whom globalisation seemed to offer not new opportunity but unemployment, underemployment or permanent economic marginalisation.

The advance of the two revolutions and the resistance to them created a new kind of cleavage in Anglophone societies, a cleavage based not on the principal class division of late 19th and 20th-century industrial society — the bourgeoisie and the proletariat — but on the division concerning both culture and economy that had emerged as a consequence of the two post-60s revolutions.

On one side of this cleavage were cosmopolitans who welcomed one or other or both of the revolutions. On the other side were the parochials who felt that culturally and economically they were being robbed of their world by the ascendancy of the cosmopolitan elites.

In the US, these patterns were observable in the most extreme form. Within the media and academe, the cultural revolution was embraced more enthusiastically than in any other Anglophone country. In small town and rural America and among the strong Christian communities, it was most strongly resisted.

Within the sphere of the economy, while the big-city cosmopolitan elites continued to prosper, the middle or working classes experienced 30 years or more of stagnation after 30 years of steadily accumulating wealth, a situation exacerbated by the global financial crisis of 2008 and its aftermath for which the symbolic embodiment of the globalising cosmopolitans, the financial elites of Wall Street, were never asked to pay a price.

In addition to hostility to political correctness and neoliberalism, in the US the current era appeared to be one in which their country’s overwhelming post-World War II dominance in the military, economic and cultural spheres had been surrendered somewhat mysteriously and without a fight, despite victory over their Cold War rival, the Soviet Union.

While the Republican presidential candidates of 2008 and 2012, John McCain and Mitt Romney, embraced neoliberalism and criticised political correctness in only an attenuated form, Democrat Barack Obama was able to corral sufficient votes for two handsome victories.

In this year’s election the Democrats failed to repeat this achievement. From the point of view of the parochials, the Democrats had embraced both political correctness and neoliberalism, losing as a consequence, astonishingly enough, even more of the white working and middle classes than the first black president.

The strong support of the cosmopolitans on the US east and west coasts and of the Latino and African-American minorities could not compensate for this loss.

As a consequence, in large numbers the parochials — most significantly those from the rust-belt manufacturing and the coalmining states, which previously had supported the Democrats — were convinced they finally had a leader who represented them and who, in one blow, could restore their pride, revive their economic fortunes, make their country great again and break the stranglehold of the cultural and ­financial cosmopolitan elites.

Trump’s most enthusiastic supporters formed not an electoral bloc but a new political movement.

During the period before the election, the broad liberal Left vastly underestimated Trump’s appeal to the parochials, no one more comprehensively than Clinton. If Romney lost the 2012 election when he claimed in what he thought to be a private meeting of wealthy donors that 47 per cent of Americans would not vote for him because they were welfare state bludgers, it might be said that Clinton lost the 2016 election when she said in a public speech in front of television cameras that half of Trump’s supporters formed a basket of racist and misogynistic “deplorables”.

Following the election, at least thus far, many members of the broad liberal Left have revealed only a partial understanding of the reason for his victory. Take as an example two intelligent pieces that have appeared recently.

In The London Review of Books, RW Johnson explains the Trump victory almost exclusively in terms of the ballooning inequality and the stagnating position of the middle and working classes in the US since the mid-70s. In a London School of Economics blog, Michael McQuarrie argues, with greater precision, that the result can be explained by the victories Trump achieved in the formerly Democratic rust-belt states.

What is wrong with both these analyses is that they concentrate exclusively on Trump’s challenge to neoliberalism, while placing at the margins his challenge to political correctness.

In this they follow the work of Thomas Frank, who argued in his seminal work, What’s the Matter with Kansas?, that the neoliberal elites pursued their economic interests by blinding the working and middle classes to their own economic interests with cultural and religious red herrings such as abortion, guns and immigration. In this kind of analysis — which, probably unconsciously, follows Marxism — economic interest forms the base of politics, and culture and religion merely its justificatory superstructure.

All this seems to me profoundly misleading.

What Trump saw was that there are two forms of rebellion against the contemporary Western cosmopolitan mainstream, not one. There is no reason to believe the rebellion that Trump has led is restricted to the losers from neoliberalism or that hostility to feminism, anti-racism, gay rights, animal rights and environmentalism is a displacement of economic concerns on to the spheres of religion and culture.

In a nutshell, Trump is the first presidential candidate and, indeed, the first political leader of a major Western country, who has shown how power can be gained democratically by a program based on the rejection of the two revolutions of the post-60s — the cultural and the economic.

As it happened, fortune handed him the perfect opponent.

There is no leading political figure in the US who more closely symbolises both neoliberalism and political correctness than Clinton.

A new kind of politics emerged in Europe following World War I. It was based on the militarisation of domestic politics. It saw communism and liberalism as the enemy. And it aimed to replace parliamentary government and the rule of law by a nationalist or racist dictatorship under the control of a charismatic leader.

Because this kind of politics was genuinely novel, a new name for it was needed. What soon was chosen was fascism, after the symbol of Benito Mussolini’s party, the fasces, the hard broom that would sweep the old world away. Leadership of the movement fell to powerful orators, Mussolini and Adolf Hitler, capable of intuiting the mood of frightened and wounded nations and of promising plausibly the restoration of former greatness.

Something new has happened in the US election but it does not have many of these core characteristics of fascism. Indeed, ­al­though clearly illiberal and ­authoritarian in temper, it is far too early to discern what its precise political character will turn out to be. Even Trump most likely does not yet know.

All that we know for certain is that a movement has been pioneered not by a great orator but by a ruthless businessman and charismatic, larger than life, reality television “personality”. And that the leader of the movement he has created has discovered a rhetoric capable of convincing a very large number of white Americans that their own personal fortunes and the fortunes of their nation can be revived simultaneously through the resistance he will offer to their enemy — the cultural and economic cosmopolitan elites.

Already a term has been coined for this new politics: Trumpism. While Trumpism may prove ephemeral, more likely it will begin to reshape politics in several parts of the industrialised world, as fascism, a rather different right-wing movement, did in an earlier and quite different historical era.

This article first appeared in The Australian.