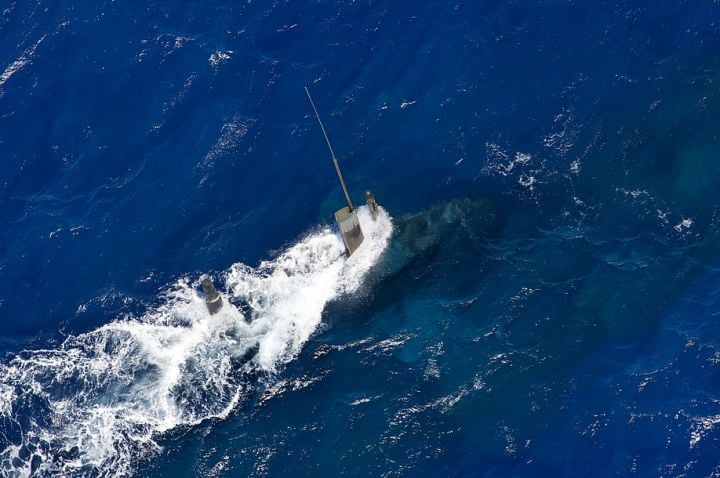 With the release of its much-delayed defence white paper, the Coalition has laid out its stall on matters of defence and security. It entails a commitment to increase spending to the magical 2% of GDP, a troop expansion of the Australian Defence Force, and a strong focus on the Navy.

At the heart of the paper is the decision to acquire a fleet of 12 long-range submarines at a potential overall cost of A$150 billion.

The new fleet is needed, the paper says, because Australia will be required to project naval power further from home in a regional security environment increasingly shaped by China's growing military weight. This basic position appeared in both the 2009 and 2013 defence white papers under Labor.

What this white paper is silent on, however, is where these submarines will be acquired.

By some accounts, former prime minister Tony Abbott had locked in a decision to buy submarines from Japan. This unravelled in response to the first challenge to Abbott's leadership in February 2015. In an effort to shore up partyroom support, he committed to a nebulous "competitive evaluation process".

This opened the door to bids from submarine-makers from around the world. It also enabled the government to try to get at least some aspects of the construction process based in Australia.

The Turnbull government has maintained the same public message. Lobbying has become intense and increasingly public, with the politics of the purchase now part of the various parties' sales pitch. European manufacturers are openly claiming that one of the advantages in buying boats from Germany is that Australia won't inflame relations with China as, by implication, buying boats from Japan would.

Japan's pitch similarly emphasises the politics. Not only does it say its subs have the closest operational fit to what Australia wants from the vessels, but the purchase would strengthen the bilateral relationship and be good for the broader US-centred regional security arrangements.

Debate in Australia has turned on the purchase's economic impact and the extent to which it could lead the country into an alliance-type relationship with Japan. By binding itself to Japan, so the argument goes, Australia runs the risk of being dragged into fights it might otherwise have avoided.

Clearly, buying submarines involves a great deal more than buying a Camry, and not only because of the cost. There is a need to develop a kind of technical intimacy with which defence types are always uneasy.

However, those who argue that the J-option will tie Australia into a quasi-alliance with Japan are wrong. In this case, the technological link will follow a strategic choice that has long been made. The submarine decision will flow from Australia having committed itself to an extremely close long-term strategic relationship with Japan – not the other way around.

For the better part of a decade, strategic policymakers in Japan and Australia have developed a remarkably tight set of relations. The ties between the two are now publicly acknowledged as both countries' most important after the US.

In 2007 Japan and Australia inked a security declaration that laid out the foundation for a series of agreements relating to intelligence sharing, cross-servicing arrangements and defence technology transfer. Australia is also strongly supportive of the controversial security and defence policy reforms that the Abe government has been pursuing to allow it to do more with its defence forces abroad.

Australia is so keen on Japan and supportive of these reforms primarily because it is profoundly invested in the indefinite perpetuation of the strategic status quo that has prevailed in East Asia since the late 1970s. This is an arrangement that is centred on US military predominance.

The problem is that China's scale, wealth and ambition mean that things will have to change for the underlying status quo to remain viable.

The most important adjustment that has to occur is for Japan to take on a military and political weight that matches its economic size. Australia knows that Japan has to be able to do more and that the two countries equally have to be able to act together, and in alignment with the US, if the underlying setting in the region is to be sustained in the face of China's rise. Hence the rapid move to become one another's best friends in the region.

This is a big strategic decision by Australia. It has bipartisan support but is unexplained by politicians on either side of politics. It is also the reason the J-option will prevail, whatever fig leaves the government tries to put on the "competitive evaluation process".