The real opposition to same-sex marriage 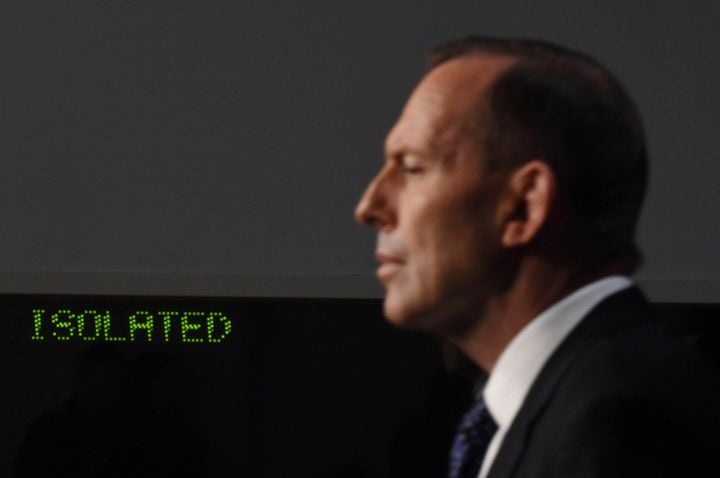 Prominent arguments against same-sex marriage have been based on history, tradition, human rights, and social scientific research into health and welfare. The role of religion in opposition has been less explicit.

The influence of religion on sexual politics in Australia is central to the current marriage debate. This government is the most religious in more than a generation. And the leading anti-equality lobby groups are all backed by religious organisations.

But in recent marriage debates, it has been supporters of same-sex marriage who have been most explicit in enlisting religious support for their cause. Except for claims that marriage equality would impinge on religious freedom, religion has been conspicuously absent from anti-same-sex marriage arguments.

Silencing the religious basis of their politics is a logical strategy for same-sex marriage opponents. Australia is one of the most secular countries in the world. The fastest growing category of religious identification in Australia is "non-religious". So, arguments explicitly grounded in religious beliefs will have little traction.

Arguments based on history and tradition are also becoming increasingly untenable. Supporters of same-sex marriage only need to highlight recent changes in marriage – such as the removal of the colour bar and the acceptance of gender equality in marriage – to show that marriage is not a timeless, unchanging institution. These case studies show that changing marriage can be a good thing.

With religious and historical arguments becoming a liability, opponents to change have deployed the ostensibly secular language of family values and child rights in support of their position.

The recently formed Marriage Alliance is a leading Australian anti-same-sex marriage lobby group. This week, it screened a controversial television advertisement which depicts same-sex marriage as an iceberg with the slogan:

It's not as simple as you think.

These campaigns have a common two-fold strategy. They suggest that the status of opposite-sex families will be somehow changed by the acceptance of same-sex marriage. And they suggest that children's welfare and rights will be negatively impacted by being raised in same-sex households.

The campaigns have emotional force because they raise big questions without providing answers. They also beg some other important questions. Whose family values? And the rights of which children?

Whose family values and whose rights?

In some respects, the focus on family values is a distraction. Lesbian, gay and bisexual people already form families and have children.

Which future prime minister will have to apologise to the Motherless Generation?

By using the language of children's rights, they are invoking powerful human rights discourse. However, gay parenting is clearly not in contravention of the UN Convention on the Rights of the Child. They are, in effect, proposing a novel human right for children: the right to a mother and a father. This is a right that is impossible to guarantee.

By invoking the language of children's rights, the anti-same-sex marriage movement has opened itself up to critique. Its main organisational backers – Christian right lobby groups – have historically been some of the most trenchant opponents to the Convention on the Rights of the Child.

The Christian right opposed the children's rights movement because, they claimed, it undermined the family. The aspect of the family that children's rights undermines, in particular, is parental control. The Australian Marriage Forum ad reiterates that they oppose the "usurping of parental authority".

There is a manifest tension here. The Christian right's ostensible concern with child rights is subordinate to their agenda of maintaining parental authority. For example, they claim that same-sex marriage will inhibit parents' ability to prevent children accessing information about sexuality and sexual health that might sit uncomfortably with their parents' religious and moral values.

This example makes it clear that the arguments against same-sex marriage based on family values and children's rights are only ostensibly secular. They are attempting to hide religious and moral arguments in the Trojan horse of health and human rights discourse.

Supporters of same-sex marriage do not hide the religious or moral basis of their campaign. They articulate their position as a moral case for social justice.

Religious and moral arguments on both sides of this debate should be made explicit. The religious foundation of the anti-same-sex marriage movement should come out of the closet.