Is there really a moral case for coal? Federal Energy Minister Josh Frydenberg, commenting last week on the recent environmental re-approval of the Carmichael coalmining project, sought the moral high ground against the government's critics,claiming that there is "a strong moral case" for mining and exporting coal to poor countries.

In return, Bernie Fraser, a former head of the Reserve Bank who last month resigned as chair of the Climate Change Authority, blasted Frydenberg's argument as "nonsense" and "obscene".

So is there a moral case for coal, or not? To answer this question properly we have to take into account all the benefits and harms resulting from the mining and use of coal. But we also need a critical reflection on our values.

The case for coal

Coal's advocates say it lifts poor people out of poverty by supplying them with cheap and reliable energy. This argument is what philosophers call "utilitarian": the reasoning being that coal boosts enough people's well-being, by a significant enough amount, to outweigh the harm it does to the environment.

According to utilitarianism, morally "good" actions are those which maximise the overall amount of well-being and minimise harm. So a good utilitarian argument must take into account all harms and benefits – including those affecting future generations.

Coal's detractors think that a conscientious application of utilitarian reasoning tells against coalmining. Fraser and those who agree with him are concerned about the large contribution that coal makes to global warming, which in turn will disproportionately harm the poor.

Climate campaigner and former US vice-president Al Gore, in his own assessment of the coal question, emphasises the harm to health caused by pollution from power stations, and the destruction of farmland and water supplies caused by coalmining.

Gore, like other opponents of coal, believes that renewable sources of energy will be better at lifting people out of poverty than coal-fired power stations. Whether present solar and wind technologies are capable of giving poor people the standard of living to which they aspire is open to doubt. But even if coal can still provide cheaper, more reliable energy than renewables, it is hard to avoid the conclusion that utilitarian morals do not make a positive case for coal.

Most arguments on both sides of this issue have appealed to the costs and benefits to health and living standards of people across the world. But there is another, largely ignored, set of values that are not easily captured by a calculation of costs and benefits.

One of these values is emphasised in the Pope's recent encyclical on the environment. Intervention in the service of business interests and consumerism, he says, is making our planet "less rich and beautiful, ever more limited and gray".

Pope Francis advocates a profound change in our attitude towards nature. Relieving poverty, he says, requires a commitment to sharing knowledge and resources rather than the pursuit of development that threatens our future.

The Canadian writer and activist Naomi Klein, in her 2014 book This Changes Everything, describes the threat posed by big energy companies to our political values. She blames these companies for distorting economies, corrupting politics and using their power to override democratic processes. In her view, finding alternatives to a dependence on fossil fuels is essential to the preservation of democratic values.

These positions are controversial. But they show that a sound moral position on coalmining requires a reflection on what we should value and how we should live.

How much do moral arguments about coalmining matter, anyway? Prime Minister Malcolm Turnbull has admitted that Australian coal will not do much to relieve poverty in India, but also pointed out that if Australia doesn't sell coal to India, other countries will.

I don't agree with the idea of a moratorium on exporting coal. With great respect to the people who advocated it, it would make not the blindest bit of difference to global emissions.

Turnbull went on to claim that Australian coal is relatively clean and will cause less pollution. So the moral case for our coal, according to Turnbull's reasoning, is that it will cause less harm than coal from other exporters.

But he is ignoring an alternative policy advocated by 61 prominent Australians: an agreement to ban new coalmines and coalmine extensions the world over, not just in Australia.

Fraser thinks it unlikely that such a moratorium will be on the table at the upcoming United Nations climate summit in Paris in December. But he believes that the idea has a future, saying: "Everything points to the fact that we are burning too much coal."

International agreements are notoriously difficult to achieve. But the very possibility of an agreed moratorium on coal mining means that moral arguments are not made in vain. 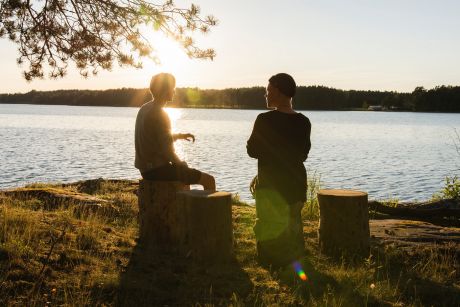