What's next for journalism?

Four media experts will come together in an Ideas and Society event to discuss the changing face and future prospects of journalism in Australia.

The diverse panel of former and current journalists will come together on October 16 to discuss journalism in the 21st century in La Trobe's leading intellectual forum for debate, the Ideas and Society Program.

La Trobe Emeritus Professor Robert Manne, who will convene the event, urged anybody with an interest in the media to attend.

'The media is so important in our society while the profession of journalism is currently undergoing a massive transformation,' Professor Manne said.

'Mass redundancies, a drastic push towards online media and the irreversible loss of classified advertising revenue have changed the face of journalism as we know it.  But what does the future look like?'

Over the last three years, more than 1500 journalists have taken redundancies and while some claim that journalism itself is under threat, the panel will explore whether that is true and if so, to what extent.

'The reinvigoration of journalism allows for the innovation of entirely new publications produced through platforms not imagined at the end of the 20th century,' Associate Professor Zion said.

'But behind all of this comes the question - what is a journalist these days?'

Jonathan has been a journalist since the late 1970s and currently works at ABC Radio Melbourne presenting Sunday Extra and filling in on RN Drive.

The bulk of Jonathan's career has been spent in newspapers, including 15 years at The Age before becoming editor of Crikey in 2006 and then foundation editor of ABC Online's The Drum.

Helen is Deputy Managing Editor and Section Editor: Business and Economy for The Conversation.

Helen has covered news, business and finance for The Age newspaper and was the small business online editor for The Age and Sydney Morning Herald.

Fiona is an ARC Discovery Early Career Research fellow and senior lecturer in Convergent and Online Media at Sydney University. Fiona researches the uses, politics and regulation of online media and the implications of these technologies for media industry change. She has a particular interest in the evolution of public service media online.

With over 25 years of experience in the media, Lawrie is currently the Head of Department of Journalism and Strategic Communication at La Trobe University and the co-founder and editor-in-chief of the online magazine Upstart, which showcases student writing and provides a forum for emerging journalists.

What: Ideas and Society event: 'What's next for journalism?' 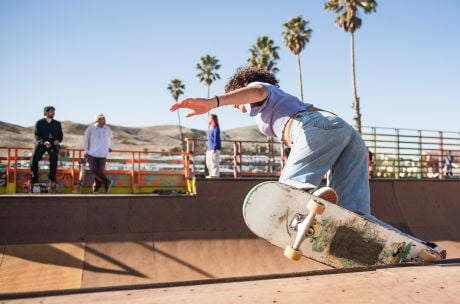