A La Trobe University forum is exploring the impact of sport on Australian society and communities.

The panel will be chaired by Professor Robert Manne, convenor of the Ideas and Society program.

‘Nelson Mandela believed that sport had the power to change the world,’ Professor Manne said. ‘Fifty years on, what role does sport play in Australian society and communities?’

‘With a coach, a sports lawyer and a sports academic on the panel, the event will explore very different perspectives on the topic,’ Professor Manne said.

Professor Hoye, Director of the Centre for Sport and Social Impact at La Trobe University, said sport has long been considered central to the Australian psyche.

‘Sport has been seen as the “social glue” that binds our communities,’ Professor Hoye said.

‘It has also been seen as unique in providing an environment for building character, resilience and leadership for individuals.

‘This panel will explore whether these claims still ring true in Australia,’ Professor Hoye said.

‘Is sport still important for Australians? How do we know? Does playing sport bring people together or are some members of society excluded? Does being involved in sport build character?’

What: Ideas and Society panel event: Sport and Life

Margot Foster is a lawyer by profession, an oarswoman by sporting background and a sports administrator by way of light relief. She competed in the Olympic and Commonwealth Games, winning bronze and gold medals in 1984 and 1986 respectively. She has been in private practice as a lawyer throughout this time and has had, and continues to have, numerous roles on sporting and other bodies. These have included the Australian Olympic Committee, International Rowing Federation Masters Committee, Melbourne 1996 Olympic Bid, Australian Sports Commission, New Zealand Sports Commission and Gymnastics Australia. Margot is currently the Chair of Vicsport and a board member of VicHealth, amongst other involvements. Margot does not coach as she knows she is temperamentally unsuited to such a role and leaves coaching to people like Mick Malthouse.

Russell Hoye is the Director of La Trobe Sport and of the Centre for Sport and Social Impact. His areas of expertise include corporate governance, volunteer management, public policy and the role of social capital in non-profit organisations. Russell is the editor of the Sport Management Series produced by Routledge, past President of the Sport Management Association of Australia and New Zealand and a graduate of the Australian Institute of Company Directors.

Robert Manne is Emeritus Professor of Politics and Vice-Chancellor’s Fellow at La Trobe University. He is a leading public intellectual and commentator and is the author of Making Trouble: Essays against the New Australian Complacency (published 2011), Left, Right, Left: Political Essays 1977 – 2005 and three Quarterly Essays, most recently Bad News. 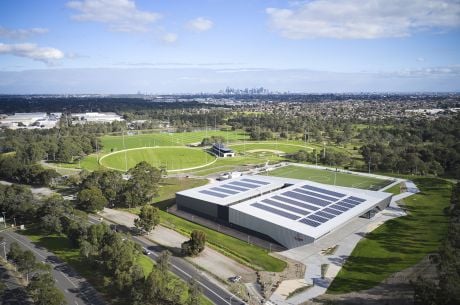