La Trobe University research has shed new light on how dead and dying cells are removed from the human body.

The research could potentially lead to new ways to boost the body’s defence mechanisms and better treat a range of inflammatory diseases such as heart disease.

Cell biologist Dr Ivan Poon has been studying a protein called Pannexin 1 (PANX1) which is used by a dying cell to signal ‘defender’ white blood cells or phagocytes to find and remove that cell.

He’s discovered that the same protein is essential to cellular integrity and can control the ability of the dying cell to break into smaller ‘bite sized’ pieces which can then be removed more efficiently by phagocytes.

The discovery, which was made by Dr Poon in conjunction with colleagues at both La Trobe University and the University of Virginia has been scheduled for advance online publication today on nature.com.

He said it was essential to human health that they are removed quickly and efficiently.

‘The accumulation of unwanted dead and dying cells in the human body is linked to numerous disease states including inflammation and cardiovascular diseases, autoimmunity, cancer and infections, so it is vital that we better understand this process,’ Dr Poon said.

‘Now, for the first time, we have a much clearer understanding of the mechanisms of cell disassembly and removal that are taking place on such a massive scale in all of our bodies every day of our lives.

‘From here the next step could be to block the function of PANX1 protein using pharmacological compounds to encourage a greater number of dead and dying cells to break into smaller pieces.

Doing this is a bit like accelerating the demolition of the dying cell.

‘By further improving the efficiency of the body’s own ‘clean up’ mechanism we can potentially reduce the impact of inflammatory diseases,’ Dr Poon said.

‘In the case of heart disease, the faster the body can clear away dead cells in the cholesterol plaque on the walls of our arteries, the more we can slow plaque progression and reduce the impact of one of Australia’s biggest killers.

‘It is still early days, but I hope this discovery will change the way scientists understand and mitigate common diseases that impact millions of people around the world.’

Dr Poon is based at the state-of-the-art La Trobe Institute of Molecular Sciences (LIMS) situated at the University’s Bundoora campus.

His work is part of the University’s research focus commitment around understanding diseases. 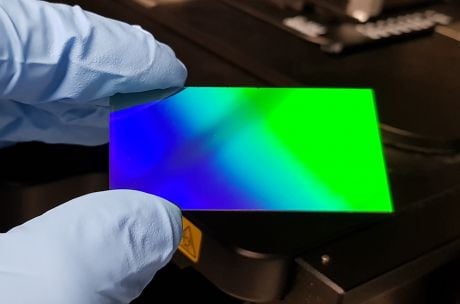