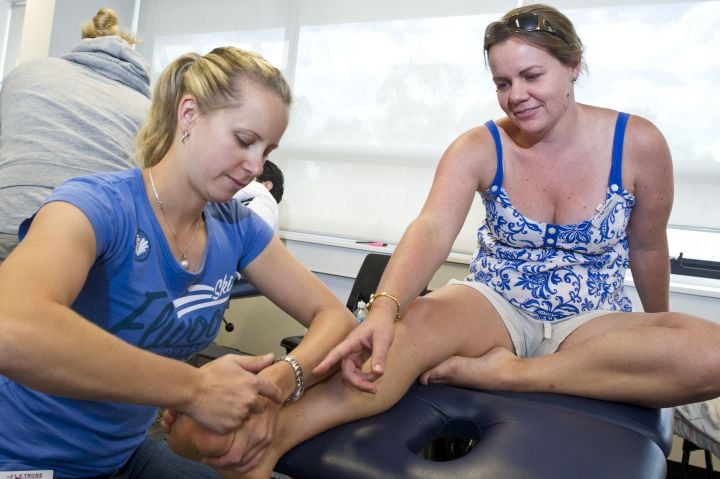 Slashing waiting times by 40 per cent for two outpatient and community health based services in Wantirna and Burwood East has won La Trobe University and partners, Eastern Health and the Victorian Department of Health, a $626,000 National Health and Medical Research Council (NHMRC) grant.

The announcement followings the success of a pilot program trialled in 2011 at community rehabilitation programs at Eastern Health's Peter James Centre in Burwood East and Wantirna Health in Wantirna.

The funding will allow the program to be tested on eight further services, which could include the areas of dementia and balance for adults or speech and learning difficulties experienced by children.

'STAT involves the instant allocation of new patients to a triage appointment without using a waiting list,' Professor Taylor said.

'Clinicians can then prioritise patients and adjust their work in response to demand,' Professor Taylor said.

'If we can effectively roll out STAT across a large health network such as Eastern Health, there will be significant and positive implications for patients, providers and policy makers,' Professor Taylor said.

'This model has the potential to reduce the physical and psychological costs of waiting and also direct resources into providing services rather than a health system getting bogged down with managing waiting lists.' A woman of her time

Why it's our duty to know Fanny Finch's story