New research by La Trobe University students gives fresh insight into the colourful past of some Victorian regional towns. Second year students from La Trobe’s regional campuses are exhibiting the results of research, undertaken as part of a Community History subject, at various locations in Victoria during Victorian History Week.

Subject coordinator Dr Ruth Ford said that the students have uncovered some fascinating historical stories from Bendigo, Shepparton, Albury-Wodonga and the surrounding regions.

‘The students investigated stories which have often been ignored, silenced or invisible. The research that the students conducted has helped them to understand the diverse and changing nature of their own local communities,’ Dr Ford said.

‘They were all motivated to find out more about their own community’s histories, and excited to use mixed media to tell these stories to a wider audience during Victorian History Week.’

‘My mother and grandmother both spent time in an orphanage when they were young, so with this history passed through the generations in my family, I wanted to find out more about these people who have been almost lost to history,’ Ms Everton said.

‘One of the first people buried in the grave was an eleven-year old girl, Annie, who died in 1909. Her dress caught fire in the orphanage kitchen and she died of her burns – it’s a story that absolutely broke my heart,’ Ms Everton said.

Other projects on display at the Bendigo Railway Station include ‘Heart of Gold’, which looks at changing attitudes towards Bendigo’s Chinese population, and the story of Richard William Larritt, Bendigo’s Town Planner.

‘The projects cover a wide range of subjects and communities – including the decision to change the name of Germanton to Holbrook as a symptom of anti-German feeling during World War II and the loss of Old Tallangatta’s heritage when the town was moved to allow for the expansion of Lake Hume in 1956,’ Dr Gilbert said.

‘The decline of rural industries in the 20th century is a theme that has emerged through projects on Corowa’s Flour Mill and the fate of Australian Country Spinners in Wangaratta. Students have also prepared historical tour brochures that might encourage visitors to investigate small communities like Bethanga and Culcairn and larger towns such as Benalla,’ Dr Gilbert said.

One student, Shane Carey, investigated the hidden story of the Mothers’ Club that existed at Yackandandah State School. The school was established in 1872, and the School Committee’s meeting minutes that have survived from the period 1934-1955 show the important role of the Mothers’ Club in working alongside the all-male Committee.

‘I was keen to give voice to an element of our community that tends to be hidden – in this case the voices of women,’ Mr Carey said. ‘The Mothers’ Club in Yackandandah had a big impact not only on the school but also on the broader community, so I wanted to tell their story.

‘In a town that was extremely hard-working, the events organised by the Mothers’ Club and the School Committee, such as yearly trips to the Melbourne Royal Zoo, provided a social outlet. They helped to provide social cohesion, especially during World War II,’ Mr Carey said.

One student from La Trobe's Shepparton campus, Nicole Roberts, decided to research the Shepparton Preserving Company (SPC), which has been central to the commerce and community of the Goulburn Valley since the company’s founding in 1917.

‘I live on an orchard and my brother works at SPC, so given the issues that SPC has been facing in recent years, I was interested to learn more about the company’s history,’ Mrs Roberts said.

‘For me, the most interesting thing that I discovered in my research is that the workers of SPC were extremely active in fighting for their wages and conditions since the company’s beginning.’

Other projects on display include: History of Italians in Shepparton, The Flats: Aboriginal protest and independence, History of St Brendan’s Primary School, and Turkish Migration to the Goulburn Valley. 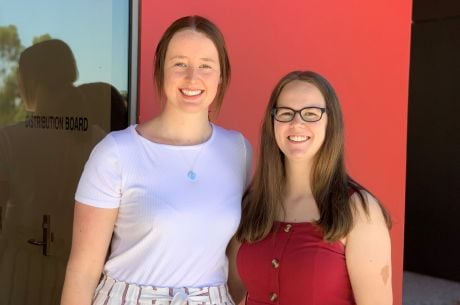