The amazing achievements of Australian women in World War One – overlooked for a long time by historians – are now finding their rightful place in the pantheon of our war heroes, thanks to writers like La Trobe’s Janet Butler.

Dr Butler is an award-winning historian and Honorary Associate in La Trobe’s History Program. She has just released a new book, Kitty's War, to coincide with this year’s ANZAC Day celebrations.

The book documents the life of a young woman from country Victoria who was posted from Egypt, where she first cared for the Gallipoli sick and wounded, to the harsh conditions of Lemnos Island, off the coast of the Dardanelles.

Despite earlier legendary efforts of Florence Nightingale in Crimea, Dr Butler says war at the time was an all-male domain.

‘Military hospital camps still were regarded as no place for women, so Kit’s work, especially at such an advanced base within the sound of gunfire, challenged traditional ideas about the place of women,’ she adds.

The book also looks beyond the ethos of mateship and examines Kit McNaughton’s relationship with four soldiers she met on Lemnos, friends who sustained her throughout the war.

Reposted to France and the Somme, she nursed severely wounded German soldiers for the British Army. A year later, during the infamous and bloody Battle of Passchendaele on the Western Front, she ran the operating theatre of a front-line clearing station for seriously injured soldiers.

She went on to become the first theatre nurse at Queen Mary’s Hospital at Sicup, in Kent, where plastic surgery was pioneered after WW1. Here she worked with surgeons, including leading Australian medical figure Sir Henry Newland, as they repaired the shattered faces of Australian soldiers.

Kitty became the first theatre nurse at Queen Mary’s Hospital in Kent, where plastic surgery was pioneered after WW1.

Kitty’s War is published by University of Queensland Press. Dr Butler says the book is based on the diaries of Sister McNaughton who, like herself, was raised in the Little River area near Geelong.

Dr Butler’s interest in Kit McNaughton was sparked when she found Kitty’s name among those of other local service people.

‘Kitty and I grew up in the same quiet district of dry-stone walls, wheat fields and meandering creeks,’ she says.

‘The idea of an unknown woman setting out from there, away from her neighbourhood and family, to cross the world and go to war took hold of me and would not let go.’

So as a mature age student returning to university she decided to research and share Kitty’s story.

Dr Butler says Kit was mentioned in dispatches for nursing severely wounded prisoners on the Somme. Twelve of a 150 gum trees planted near Geelong in 1918 to honour those at the front –including one for Kit – have recently been discovered and marked for heritage listing.

Dr Butler’s research interests are in war and autobiographical narratives, war and change, and the relationship between gender, identity and war. She has won both the Max Kelly Medal and Ken Inglis Prize for her work.

And a little bit of private research on her Edwardian family home confirmed it as a fitting abode for a WW1 historian – it was once owned by the third Australian ashore at Gallipoli.

Kitty’s War will be launched at the Shrine of Remembrance in Melbourne, on Wednesday 10 April. 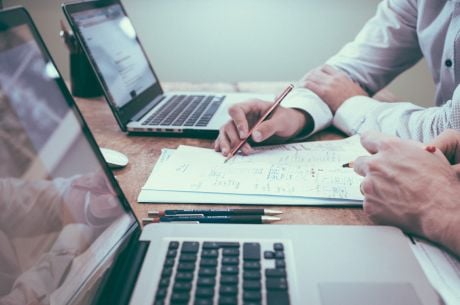