The recent High Court decision to uphold Australia’s plain packaging tobacco laws has been heralded as a victory for national sovereignty over vested interests. 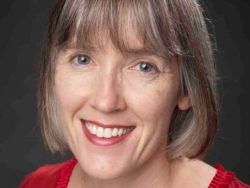 However, an article published today in the British Medical Journal, The Lancet, says the ability of governments world-wide to make sound public health policies and laws is increasingly threatened by trade and investment treaties.

The article was written by La Trobe University lecturer in Public Health and Human Biosciences, Dr Deborah Gleeson, with Professor Sharon Friel from the National Centre Epidemiology and Population Health at ANU.

Dr Gleeson says the threat comes from treaties like the Trans Pacific Partnership Agreement (TPP). The next round of TPP negotiations begins next Monday, 4 March, 2013 in Singapore.

She describes the TPP as ‘a prototype of a new style of regional trade agreement that presents profound new threats to global health and health equity’.

‘Arguably a geopolitical manoeuvre on the part of the USA – which is seeking to stake its claim in the region as a counter to China – the TPP might tilt the axis of economic power towards this region of the world and, by setting an ambitious precedent, reset global trade rules.’

Not only can costs of such litigation amount to millions of dollars, the ISDS process also lacks many of the safeguards, and the transparency, of domestic legal systems, she says.

‘The mere threat of legal action can be a powerful deterrent on governments considering new laws to regulate industry in ways that protect public health,’ Dr Gleeson says.

‘While Australia has so far rejected the investor-state dispute settlement provisions in the TPP, it seems to be under pressure from other countries and domestic business interests to renege on this commitment.’

Dr Gleeson stresses it is crucial for people working in public health – indeed all Australians – to understand the changes that are occurring, and to engage urgently with trade policy.

Her article describes two major ways in which the TPP is likely to affect public health. The first will reduce access to medicines.

‘The USA is seeking to impose very high levels of intellectual property protection that would delay the introduction of generic drugs, as well as restrictions on the operation of domestic pharmaceutical programs that would undermine regulation of drug prices.’

For example, she says in Australia and New Zealand, rising drug prices will probably result in rationing access to drugs – eg, restricted access to new drugs – increased co-payments from patients, or an increased proportion of the health budget spent on pharmaceuticals.

The second is to reduce the ability of states to regulate, on public health grounds, goods that contribute to the growing burden of disease such as tobacco, alcohol and highly processed foods.

‘Countries would become vulnerable to legal challenges, not just by the tobacco industry, but also by the pharmaceutical, alcohol, and highly processed food industries.’