La Trobe University PhD student Lucy Davies has received a scholarship from the National Archives of Australia and the Australian Historical Association to assist with her original research into the migration of Papua New Guineans to Australia. 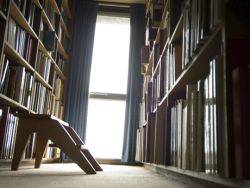 Ms Davies, who lives in Northcote, anticipates that her original research into the movement of Papua New Guineans to Australia from 1935 to 1975 will fill an important gap in Australia’s immigration history, and also in Australia’s colonial history in PNG. Australia administered PNG from 1905 to 1975.

‘Australian colonial rule of PNG was based on a discourse that viewed Papua New Guinean people as children, in need of being looked after by Australia,’ says Ms Davies.

‘The period of migration between 1935 and 1975 challenged this discourse, as Papua New Guineans came to Australia for work and education. This in turn challenged the values underpinning colonial rule in PNG.’

‘The fascinating part of my research is the glimpses into the lives of individual Papuans who migrated to Australia,’ says Ms Davies. ‘Ultimately, these individuals had an impact on Australian government policy in relation to PNG.’

Ms Davies, who also studied her undergraduate degree at La Trobe, says that the scholarship funding of $500 will help her with the cost involved in digitising archives.

Professor Marilyn Lake, Charles La Trobe Professor in History at La Trobe University and the President of the Australian Historical Association, says that digitising the archives makes them more easily accessible not only to Ms Davies but to other researchers too.

To assist future researchers, Ms Davies will also produce a fact sheet with information about how to access and navigate the records.

‘The Australian Historical Association is pleased to support this initiative on the part of the National Archives of Australia,’ says Professor Lake. ‘The scholarship encourages postgraduate students in history to make greater use of the very rich store of records held in the National Archives in Canberra and elsewhere.’