Share
La Trobe University’s Albury-Wodonga campus will celebrate the graduation of 180 students at a ceremony to be held on Friday 5 April 2013 at McAuley Arts Centre, Catholic College, Wodonga. Clayton Harris is one student who can be particularly proud of his achievements, as he will be graduating from the Bachelor of Environmental Management and Ecology with First Class Honours.

For his Honours thesis, Clayton looked at the presence of organic nitrogen in the Ovens River, and was able to show that some of the organic nitrogen present in the river was returning to the food chain.

‘I did work experience with the Murray-Darling Freshwater Research Centre during third year, which gave me a new interest in biochemistry, and ultimately led to me continuing on to do Honours in the field,’ says Clayton.

‘I have really enjoyed my time at La Trobe in Albury-Wodonga, and hope to continue with further research and study here in the future.’

Dr Guinever Threlkeld is proud to be attending the Graduation Ceremony in her new capacity as Head of Campus of the Albury-Wodonga Campus.

‘I congratulate all the graduates on their success. Achieving a university degree is no small feat – it requires dedication and many years of hard work, and could not be attained without the invaluable support offered by the families and friends of the graduates.’

One graduate who will be celebrating the conclusion of many years of study is Melissa Lethbridge, who will graduate with a Doctor of Clinical Psychology.

‘I’m currently gaining experience working as a psychologist in Melbourne,’ says Melissa, ‘but my aim is to return to the Albury-Wodonga region to work in the near future.’

‘I can honestly say that a large factor in my aspiration to become a psychologist and apply for the Doctorate is the support and encouragement I received during my undergraduate degree from Brad Wright and Michael Halloran, academics in the School of Psychological Science at Albury-Wodonga,’ says Melissa.

Dr Suter is a freshwater biologist, and has worked at La Trobe University in Albury-Wodonga since 1996. He has a particular interest in the ecology of aquatic insects in alpine systems.

Graduates from all five faculties of the University will be present at the ceremony, and will be presented with their degrees by the Dean of their faculty. 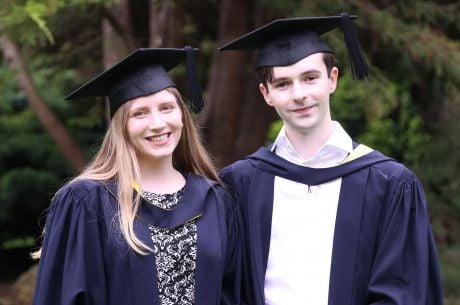