Share
On Thursday 23 May 2013 more than 40 outstanding students from La Trobe University’s Albury-Wodonga Campus were presented with prizes and scholarships in reward for academic success, community involvement, leadership and professional commitment. Many of the prizes are donated by local organisations, including several from the AlburyCity Council. Head of Campus Dr Guinever Threlkeld says that the support of prize donors is greatly appreciated, not only because of the support and recognition that this offers to students, but also because the University and students value the workplace links demonstrated through these partnerships.

Prize recipients include Maureen Lescun, a mother of seven who is beginning a PhD, Tulshi Guragai, who spent 18 years living in a refugee camp in eastern Nepal before coming to Albury-Wodonga, and Simon Mom, whose academic excellence will be acknowledged with six prizes. Simon is pictured above with Professor Brian McGaw, Executive Dean of the Faculty of Science, Technology and Engineering.

Maureen recently completed a Bachelor of Psychology with Honours, and is embarking on a PhD in Psychology. She received the Wodonga City Learning Award, which is awarded to a student living in Wodonga who has demonstrated superior academic achievement and a commitment to lifelong learning.

Prior to beginning university, Maureen had been busy raising and home schooling her seven children. In 2007, feeling ill-equipped to re-enter the workforce, she decided to enrol in the Tertiary Enabling Program (TEP) to see if she enjoyed learning and if it would be possible to study alongside her family commitments. TEP is a six-month free program offered by La Trobe University that aims to equip potential students who may not have previous study experience with the skills for university.

‘I benefited enormously, personally and professionally, from TEP,’ says Maureen. ‘It’s a wonderful program, and gave me the confidence to have a go at university study. It’s exciting to have completed the first part of my study journey, and to now be embarking on the next big challenge.’

The Tertiary Entrance Program, which is offered free of charge, is currently taking enrolments. Interested students should contact Fiona Elgin by email f.elgin@latrobe.edu.au or on 02 6024 9784.

Tulshi is a final year student in the Bachelor of Human Services and Master of Social Work. He received the AlburyCity Student Scholarship, which recognises students studying Social Work and Social Policy who have shown commitment to the future of their profession in the community.

Tulshi is originally from Bhutan, and spent 18 years living in a refugee camp in eastern Nepal before migrating to Australia and settling in Albury in 2009. He began studying at La Trobe in 2010, and throughout this time has been heavily involved in the Bhutanese community and the broader Albury-Wodonga community.

‘I am looking forward to finishing my degree and staying in Albury-Wodonga so that I can work to contribute to the local community,’ says Tulshi.

‘Tulshi has only been in Australia a short time and is one of a growing number of Bhutanese refugees who have settled in the area,’ says Dr Threlkeld. ‘He is a fantastic student and has contributed strongly to his community.’

Simon completed a Bachelor of Science in Environmental Management and Ecology last year, and is now undertaking an honours project studying freshwater fish in the Murray Darling Basin. Simon received six awards at this year’s Prize Ceremony, including the Campus Medal and the Dean's Medal, something that the Head of Department of Environmental Management and Ecology, Dr Susan Lawler, says is a great achievement.

‘Simon set himself the goal of excelling academically from the very beginning of his studies at La Trobe,’ says Dr Lawler, ‘so it’s great to see him reach these goals.’

Simon says that a big part of his success at university has been the support offered by the staff. ‘Class sizes at La Trobe in Wodonga mean that the lecturers always had time to make themselves available to help students, and I really appreciate that,’ says Simon. ‘Now that I’m doing honours, I realise just how much work the academics do behind the scenes.’

Simon says that the biggest challenge during his studies has been balancing full time study with part time work, while still allowing for time with his wife and three young children. 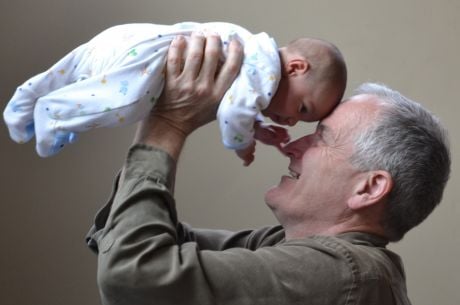