The secret men's business of the barbie 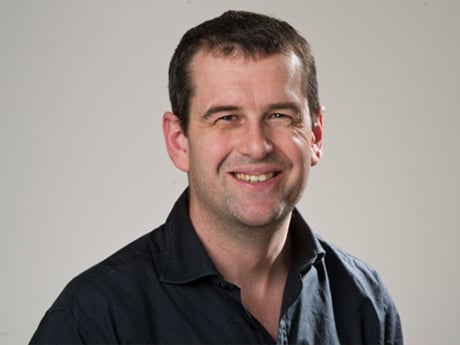 First published in The Canberra Times on 25 January, 2013.

Australia Day is upon us and, for many, what could be more natural than a barbecue? Most of us know how to have a barbie without reflecting on it, yet barbecues also communicate a lot about us.

We can see this in the 1980s Australian movie, Barbecue Area. This satire provides a powerful analysis of the barbecue, Australia Day and its connotations of ''white'' Australian culture, by inverting white-black relationships. The film depicts a boat of Aboriginal people arriving at an area where the soon-to-be-colonised ''whites'' are having a barbecue. The Aboriginal invaders wonder at this white ritual, and well they might, for the Aussie barbie is deeply meaningful.

Once the meal is prepared, the meat goes in the middle of the table and is dished into the middle of the plate. Bland foods are peripheral to the table and also to the plate. It all must be complemented by spicy or piquant sauces. The ritual typically starts during daylight hours and finishes at night. It might also be held in the afternoon, but never earlier in the morning.

The opposition of beer and wine is also illustrative. Some wine is cheaper than beer, but we rarely use wine (or fruit juice, or even water) to clean the barbecue plate. The World Health Organisation has not yet recognised beer for its sterilising or cleaning properties, so it seems the reason we use beer derives from its symbolic potency.

Beer is construed as a masculine drink. In our imagination, it also signifies an ''Australian'' or local beverage, as wine is conceived of as a foreign custom in as much as it was ''brought by migrants''. Furthermore, beer only obtains its meaning by being not-wine or not-soft drink. Like beer, meat is also associated with Anglo-Aussie masculinity - we ''feed the man meat'' and men are thought to "bring home the bacon".

Meaning is thus created through a series of oppositions - inside/outside; raw/cooked; woman/man; bland/savoury; peripheral/central; day/night; wine/beer. These complementary arrangements are the basis through which our social action can become meaningful, especially in our departures from the structure.

Thus many Australians also barbecue in parks, at the beach and other areas delimited as ''outdoor''. We are a nation that spends a lot of time inside urban homes dreaming about, and fearing, the bush and great outdoors. The barbecue gives us a chance to symbolically reconquer these.

This also means that if we wish to resist the symbolic structures, we are inevitably also forced to use them. If a man wants to emphasise his progressive credentials, he'll go inside to prepare salads - it's saying "women don't necessarily belong in the kitchen". If it's vegetarian credentials he's after, he'll ban meat from the barbie.
Many migrants do not follow the structural patterns, and nor for that matter do a lot of Anglo-Aussies! Each action thus becomes socially meaningful in the way it departs from the structural pattern of opposites.

Let's consider the gender divide which will probably play a huge role in our next election. Our female PM accuses the male leader of the opposition of misogyny and it becomes an international YouTube hit. While contesting the gender roles, the debate will inevitably be structured along the same lines of inside-outside, nature-culture that we see in barbecue symbolism. For example, does Tony Abbot think women belong inside? Are women naturally more capable of caring for children? Again, we make meaning by departing from, as much as by conforming to, the structures.

Aside from the complementary structures (raw/cooked), the order of events through time in the barbecue is also structured. First, chips and dips are served. Ideally, these are spicy and savoury and, if there is meat, it will only be in small portions. Then comes the meal in which the meat takes pride of place. And finally, fruits and sweets for dessert.

Again this is just the ideal structure through which we make meanings. If our barbecue host wants to establish his culinary credentials, he might serve a sweet aperitif first, then mango with fish for the main, finishing off with a chilli chocolate cake for dessert. By departing from the ideal progression in this way, he marks himself as gastronomic, but also may appear feminine in some eyes. The structural progression might seem natural but it is in fact a cultural invention. For example, an Indonesian Muslim breaking fast will typically start the evening meal with very sweet food and drink and then move on to savoury. On the Indonesian plate, the bland, starchy food - rice - is central with meat on the side.

This brings issues of inclusiveness and citizenship to the fore. Many citizenship ceremonies are scheduled on Saturday as part of a long-standing attempt to associate Australia Day with migration and multiculturalism. Perhaps then, the pot luck meal rather than the barbecue (or even the melting pot) better expresses the multicultural aspirations of many Australians.

Cuisine is thus not just about being nutritious and tasting good, it's also about meaning. Although it feels natural, this meaning is actually cultural.

So what will the barbecue structures this Australia Day tell us about being Australian? If while holding the barbie tongs or the salad tongs, we ask ourselves "who am I?", the answer we come up with - whether Australian or not, ethnic or not, woman or man, black or white - will be created through, or in opposition to, the same symbols which structure the great Australian barbecue. Analysing these structures tells that the most intimate ideas of our identity are also constructed.

So, if you're chucking another prawn on the barbie this weekend, or consciously avoiding it, you are also engaged in deeply meaningful and structured symbolic action. Australian's have seen a significant rise in phishing during COVID