The changing nature of the War on Drugs

The United Nations has recently announced that Peru has taken over Colombia as the largest producer of illegal coca leaves, the base for the drug cocaine. 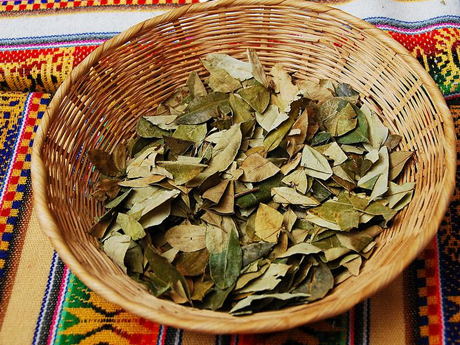 This comes as Brazil becomes the second biggest cocaine market behind the US, and in front of Britain, Italy and Spain.

This supply-side shift back to Peru has not come as a surprise.

The brutal, US-funded War on Drugs in Colombia continues to force production back to neighbouring countries, which before the 1990s were the highest cocaine producers.

Nor is the demand-side shift to Brazil surprising, as the past decade has seen growth in mass consumerism in combination with an increasing crack cocaine problem.

According to the 2011 Report of the Global Commission on Drug Policy [PDF 384KB]:

…apparent victories in eliminating one source or trafficking organisation are negated almost instantly by the emergence of other sources and traffickers.

On the demand side, the report stated that:

What can be observed in the global drug trade is the 'balloon effect', suggesting that the decline in production and consumption in one region causes it to bulge somewhere else. It is also known better as the efecto cucaracha, or cockroach effect. You can chase the pests out of one corner of your house, but they have an irritating habit of popping up somewhere else.

The consuming shift to Brazil coincides with an era that has supposedly seen greatly increased living conditions, but many of the middle and lower sectors are unable to take part in the 'Brazilian dream', as I have previously observed. This is in combination with the growth of mass consumerism, rising lower-middle class sectors and the growing problem of crack cocaine in the favelas (or shanty towns).

Anthropologist and author Philippe Bourgeois also comes to this conclusion in his book In Search of Respect: Selling Crack in El Barrio. High drug consumption is an internalised reflection of the fact that modern society has totally rejected and dehumanised those who live in the ghettos in the US, and have been refused access to the “American dream”.

It is the poorer Latin American nations suffering the gang violence, political corruption and high murder rates associated with cocaine, while the consumer, western nations and Brazil have abuse problems - especially within marginalised groups. In some ways, it is like colonialism has not left us.

US and Latin American interests are not aligned when it comes to the question of legalisation.

Cocaine also functions as an 'imperial commodity'. It is a commodity for which there exists a lucrative market and profit-making opportunity where much of the profit ends up in western coffers, as well as the upper and criminal classes of Latin America.

Global drug policy therefore tends to reproduce these relations, with drug consumption becoming the object of a crusade. The evil is projected onto the producer nations and not onto the consumer nations - onto the 'other', and not onto oneself.

Much of the harm from drugs is not necessarily to do with the taking of the drugs themselves, but rather the way in which they are prohibited. This has created a huge black market that is worth tens of billions of dollars annually. It is run by violent drug runners outside of the reach of the law and connected to its cousin, the illegal arms trade.

A fix is not something that will come easily. Legalisation has the strong possibility of solving many of the violence and corruption issues in the producer and trafficking nations.

Yet for some, legalisation is an irreversible gamble. If dependence rose sharply, that increased dependence would remain - even if drugs were re-prohibited.

However, this gamble looks very different within Latin America. Cocaine consumption is a growing but still modest problem, and most trafficked drugs are destined for consumption elsewhere. The key problems in Latin America are the violence and corruption associated with illicit trafficking. The US problem is drug abuse and domestic drug trafficking.

Therefore, US and Latin American interests are not aligned when it comes to the question of legalisation. Latin America should not pin its hopes on waiting for the US to legalise, or be dependent on US-style drug wars as witnessed in Colombia, or a one-size-fits-all drug policy.

In the consumer nations, questions need to be asked about why there is such a huge cocaine and crack market. This is a societal, not a law enforcement question. Humans are guided and restricted by their social conditions and as some studies have shown, drug addiction is connected with our social conditions.

Many of the problems in which drug abuse is symptomatic of are problems of late capitalist society, alienation, reification, individualisation and the destruction of social and cultural structures which could provide support. One viewing of the well-researched television program The Wire, showing the conditions of the urban precariat class in Baltimore US and their relation to drugs, will lay testament to this.

This is also evidenced in how increasing enforcement in order to make drugs harder to get and more expensive has been tried, and failed. In fact, over the last 40 years, the number of drug dealers in prison [PDF 52KB] in the United States has increased by a factor of 15. The prices of heroin and cocaine have fallen by 90%.

Drug policies and strategies at all levels too often continue to be driven by ideological perspectives or political convenience, and pay too little attention to the complexities of the drug market, drug use and drug addiction.

Problems in key consumer nations (US, Brazil, Europe and Australia) diverge from those in the producing and trafficking nations (Latin America), and as a result each should be tackled differently.

A country like Mexico could step up and further decriminalise cocaine in attempt to stem the bloody violence, and once again Latin America could lead the way in progressive drug policy away from colonial like relations that the war on drugs has created. In the meantime, consuming nations need to look past heavy-handed prohibition as the only option.

The real test could come out of Brazil [PDF 1.2MB], where there is a combination of the violence and corruption along with the consumption and addiction problems.

First published on The Conversation on 24 October 2013.