Currently, only 15 universities in Australia offer (autonomous) Indonesian language as a major subject.

This year it might have been 15 minus one. In 2012, Indonesian language was slated to be cut by the start of 2013 at La Trobe University in Melbourne. This was partly because with around 70 students (compared to around 200 for Chinese and Japanese) it had the lowest number of enrolled students.

Fortunately, Indonesian language at La Trobe University was saved. This is probably attributable to a number of factors.

On a national level, the policy focus has turned to Asia. In Australia, Asia has been in the headlines. Indonesia has the largest economy in Southeast Asia and the International Monetary Fund (IMF) has projected continued growth.

Moreover, Australia relies on the bilateral relationship with Indonesia for national, regional and human security.

Thus, Australia is beginning to recognise the importance of being able to communicate and conduct business with its Indonesian counterparts through cross-cultural understanding. With six Australian universities closing their Indonesian language programs since 2004, prominent academics such as David Hill have been pushing to reverse the decline.

He echoed the recommendation of the Commonwealth Parliament’s Joint Standing Committee on Foreign Affairs, Defense and Trade that Indonesian studies be designated a strategic national priority.

At their meeting, Yudhoyono communicated his concern over the decreasing number of Australian students studying Indonesian — a 40 percent drop over the past 10 years.

Part of the problem — according to SBY and Indonesian analysts — was that until last year, for nearly a decade Australia maintained an elevated travel warning. This classified Indonesia as a high-risk country to visit, which contributed to the reduction of student exchanges.

After Yudhoyono’s visit, the Northern Territory government made Indonesian compulsory at the secondary (High) school level. Victoria, where La Trobe University is located, has one of the highest numbers — about 91,000 Indonesian language students.

Nonetheless, enrollments are also declining — by at least 10,000 primary and secondary students each year since 2001.

Australia is beginning to recognise the importance of being able to communicate with its Indonesian counterparts.

This no doubt helped contribute to saving the Indonesian program at La Trobe.

BISA gathered 1,195 signatures on an online petition that came from all over Australia (including staff and students from other university Indonesian programs) and internationally (such as Joseph Errington of Yale University).

In addition, they gathered physical signatures from Indonesian residents in Melbourne at events such as the Box Hill Indonesian Food and Trade festival. The students also wrote an extensive submission to the dean stating the importance of an Indonesian major.

The students felt it was the combination of their efforts, La Trobe University staff lobbying, the letters from the Indonesian consulate and the Asian Studies Association of Australia and also the current political climate in Australia with its Asian Century focus, which saved the Indonesian program.

Another important factor was La Trobe’s ongoing commitment to Indonesia.

La Trobe’s Centre for Dialogue organizes an ongoing annual dialogue with its institutional partner, the Indonesian State Islamic University (UIN). The university has 96 Indonesian international students enrolled, as well as 852 Indonesian alumni, of which 367 are based in Indonesia and had their first official alumni event in Jakarta on Nov. 2, 2012.

Victoria is the most popular destination for Indonesian international students and Australia is their number one destination. So La Trobe University did the right thing by saving its Indonesian program.

Since being saved, the Indonesian program has been busy with many of its students going to Indonesia.

Eleven of the first and second year students are currently in Makassar on a similar language immersion program at the State University of Makassar, for a shorter four to six week period.

Another outstanding achievement is that two of its students — Sally Hill and Nick Metherall — have won the 2013 Australian Prime Minister’s Australia Asia Outgoing Undergraduate award.

The Indonesian program at La Trobe University still has the smallest number of enrolled students and must compensate for this by having its two staff members Zane Goebel and Linda Seymour and their students extensively promote tertiary level Indonesian to 95 of the high schools in Victoria to lift their enrollment and sustain the program.

Having two Prime Minister’s awards will surely help. These two students will be joining a growing research environment in Indonesian studies at La Trobe, where there are four Honours students and two PhD students, many of whom are working on important aspects of Australian-Indonesian bilateral relations.

Hopefully this is the start of a new period of growth for Indonesian studies not only at La Trobe, but elsewhere in Australia.

What about the status of Australian studies in Indonesia?

A recent article in Australia’s The Age newspaper noted that, based on a 2011 UIN survey, Australia had become the second most loved foreign nation in Indonesia. This was attributed to the perceived change for the better in Australian attitudes towards Muslims.

Will all this translate into Indonesian expertise in Australia? Can Indonesia also increase its Australian expertise? An in-country Australian studies program used to be offered at the University of Indonesia but is now closed.

Hopefully, 2013 will bring news of revival stories from Indonesia too. 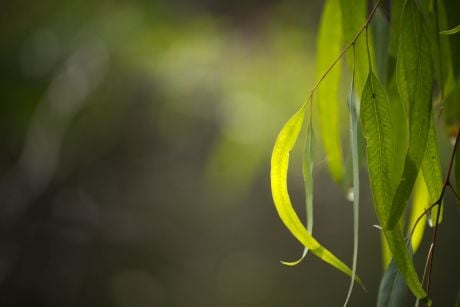