First published in The Age on 21 June.

The Coalition's vanishing visa policy appears to be illegal under international law.

On June 16, a media release by the Opposition Leader drew attention to a four-page document entitled: The Coalition's Policy to Protect Our Streets and Communities from Foreign Criminals. Three days later the document and the media release had been removed from Coalition websites, leaving behind a trail of ''page gone'' messages.

Has the policy disappeared along with the evidence of it? I certainly hope so.

As can be guessed from the title, the language used in the policy document is far from temperate.

The Coalition promises to ''take strong action to crack down on foreign criminals'' and to prevent them ''exploit[ing] taxpayer-funded legal processes to remain in Australia''. It accuses Labor of being ''a soft touch'' and illustrates the proposition with examples intended to outrage the reader.

Although there is nothing new about fighting election campaigns on so-called law and order issues, the addition of the appeal to xenophobia is more than a little disquieting. It's disquieting for other reasons too. Australia has obligations under treaties to which it is a party to provide protection to non-citizens in need of it.

The Refugee Convention imposes obligations on Australia towards those who fall within the definition of ''refugee''. The key obligation is that of non-refoulement: to refrain from directly or indirectly sending a refugee to a place where he or she would be exposed to persecution, unless certain limited exceptions can be invoked. Often overlooked in the public debate is the fact that Australia is also a party to the Convention against Torture and the International Covenant on Civil and Political Rights. These treaties impose non-refoulement obligations that are not limited in application to ''refugees'' and are not subject to exceptions.

The Coalition proposes automatically cancelling the visa of any non-citizen convicted of a criminal offence punishable (even if not punished) by more than one year in jail. It also says non-citizens ''will be denied eligibility for a visa of any type if they are found to have engaged in criminal activity or wilful damage while detained''.

Such a policy would, in all probability, deny lawful immigration status to some refugees on the basis of conduct that does not even come close to bringing them within the Refugee Convention's exceptions to the non-refoulement obligation.

It would also deny that status to others who have an unqualified entitlement to Australia's protection. Admittedly, our non-refoulement obligations do not necessarily require us to allow people to remain in Australia. However, given that the only country required to allow entry to a person removed from Australia is usually also the country in which persecution is feared, the choices open to us in practice are to breach our non-refoulement obligations or not deport them.

The Coalition seems to have signalled that it may, in these circumstances, not deport a non-citizen but instead subject them to indefinite detention. However, that is equally problematic from an international law perspective because it would in most, if not all, cases amount to arbitrary detention, contrary to Australia's obligations under the ICCPR.

As a lawyer, I am troubled, of course, by the prospect of my country breaching its international legal obligations, but I am equally troubled by the implications of the Coalition's policy for the domestic rule of law. In saying this, I need to draw a careful distinction between the ''law'' and the ''rule of law''. Any pronouncement by a recognised source of law made in accordance with recognised law-making procedures is ''law'', regardless of content. However, the concept of the rule of law goes some way towards imposing constraints on the content of law.

Adherence to the rule of law in this sense is what distinguishes our legal system from that of the Third Reich.

As a lawyer, I am troubled by the prospect of my country breaching its international legal obligations.

At the heart of the ''rule of law'' concept is the proposition that every action of government must be justified by, and testable against, pre-existing law. The Coalition's plan to deprive non-citizens of the ability to seek administrative or judicial review of visa cancellation unless they have lived in Australia for more than 10 years or have an Australian-born dependent child is thus contrary to the domestic rule of law.

The rule-of-law concept also incorporates a defence against arbitrary government action clothed as law, by requiring that laws must, as far as possible, be generally applicable. Any differential treatment of individuals must have an objective and reasonable justification.

The Coalition's policy seems to contemplate the indefinite detention of non-citizens who, for whatever reason, cannot be removed from the country.

Obviously, the individual cost imposed by deprivation of liberty does not differ according to whether an individual is a citizen or a non-citizen.

Equally obviously, a person's citizenship status can have no possible bearing on the nature and extent of the threat he or she poses to the community. A potential rapist, for example, is no more of a threat to the community just because he or she is a non-citizen rather than a citizen.

We, therefore, have no objective and reasonable justification for being more prepared to subject non-citizens to preventive detention than to subject citizens to the same treatment.

The saddest thing about all of this, however, is that the preceding critique of the Coalition's policy is a critique that also applies, though to a lesser extent, to existing law and government policy. All the Coalition has really done is to put forward a proposal to go a few steps further down a road on which we are already travelling, with some dog-whistling thrown in. 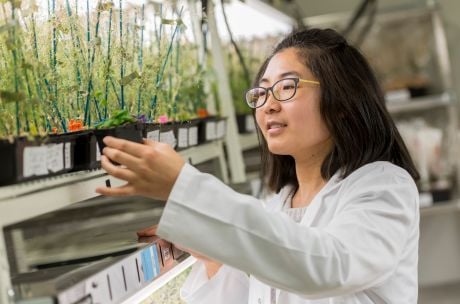