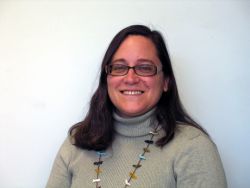 First published on The Conversation on 3 January 2013

At the top of the adorable meter, the spotted handfish has a velvety surface, and prefers to walk on its hand-shaped fins. Covered in spots and with a bemused expression, this fish looks like a frog that is all dressed up for Christmas lunch, wearing a party hat.

Spotted handfish are only found in the Derwent Estuary in Tasmania. They walk slowly along the sand eating small crustaceans and worms. The females lay their eggs on vertical substrates like seas grass or sponges, and guard them for weeks to ensure that they hatch.

Unfortunately, this gorgeous little creature is critically endangered. The habitat in the estuary has fewer places to lay eggs and the introduced Pacific sea star eats whatever eggs it can find.

There are conservation plans in place for these unusual and unique fish.

Marsupial moles spend their entire lives underground, and no wonder. They have no eyes, almost no ears and are quite awkward on the surface, where they are vulnerable to predators.

Beneath the surface, they are digging machines. Their hard padded nose probes the sandy wall that is a perpetual part of their life. Their fine golden fur sheds sand grains and smooths progress through the cement-hard substrates that they prefer.

Their remarkable claws dig and flick the sand in a way that digs a hole and backfills it at the same time. They do not produce tunnels, but always close their burrow behind them. These animals are perpetually living in a mole sized hole. It would be claustrophobic if you had not been a subterranean specialist for 64 million years.

Marsupial moles are so different from other mammals that they have their own Order and their own Family. Only two species are known, both prominent in Aboriginal mythology with beautiful indigenous names: kakarratul and itjaritjari.

How they find food, or each other so that they can mate, is a mystery. Indeed, almost nothing is known about these animals. Even their conservation status is unclear. A recent survey by Joe Benshemesh from La Trobe University found them in such high densities that he thought they may alter the environments in which they are found.

Most unusual animals are rare, but marsupial moles may be more common that we think.

Mistletoe evokes magic, not only because of its yuletide tendency to make some of us lucky, but because extracts from these plants kill cancer cells.

Christmas is a good time to point out that if the country that has the most mistletoe gets the most kisses, then Australia is a smooching paradise. In Europe there is only one species, while Australia has more than 90 species, most of which are found nowhere else on earth.

If you think you know all about mistletoe, you are probably mistaken, because scientists are still learning about these semi-parasitic plants. Mistletoe plants do not grow from soil as most plants do, but from other trees. Often they mimic their host tree so they can be hard to spot.

Contrary to popular opinion, mistletoe do not kill the trees they grow on, nor are they poisonous to people or livestock. Mistletoe are actually highly nutritious, and their presence may be an indicator of the health of the local landscape.

Recent research by David Wilson from Charles Sturt University shows that if mistletoe is removed from a woodland, more than a third of the resident bird populations disappear within a few years.

Interestingly, this is not due to the fact that mistletoe provides fruit and nectar or nest sites. The reason is more subtle than that, so the mystery of their magic remains.

Mistletoe birds play a vital role in the life cycle of mistletoe because of a behaviour that is at the same time sort of charming and scatological. These sweet little red-breasted birds eat only mistletoe berries, so they have a vested interest in the future of these parasitic plants.

Most birds find that defecation is a tidy affair because when they are sitting on branches, their poop naturally drops to the ground.

But mistletoe birds are not passive poopers. They are the only birds known to twist themselves around and deliberately wipe their bums on branches so that the seeds, which are sticky after passing through the digestive tract of the bird, will cling to the branch of their host tree and grow in the only place to which they are adapted.

Mistletoe seeds need to remain high up in the trees that they grow on, and without the mistletoe bird they would struggle to grow at all.

Without each other, mistletoe and mistletoe birds could not exist, and yet the combination produces such an unlikely interaction. Wherever you see mistletoe, you know that a mistletoe bird has done a little pre-poo dance.

Is it a duck, or is it a flower? Actually, it is a flower that looks like a duck and smells like a wasp. The flying duck orchid is a small flower that is quite common from Queensland to Tasmania. Most people don’t see it because it is so small.

And yet the orchids' pollinators find them quite readily, and not just because the wasps that seek them out are also small. The flying duck orchid has a modified lip that looks like a female wasp and even more remarkably, the orchid releases an insect pheromone so that it smells like a female wasp too.

When the male wasp attempts to copulate with this tempting decoy, a trigger is released. The head of the duck knocks the wasp into the belly of the duck. This is entrapment that comes with an actual trap.

Is this a case of duck, dive, dip and dodge?

From the last two examples we have learned that plants can use animals, but animals use plants as well. The sacoglossan sea slugs are gorgeous green gliders that look more like crawling leaves. They are found in shallow waters around the Australian coast as well as elsewhere in the world. Their bright green colour is due to the presence of chloroplasts on the upper surface of their broad flattened wings.

Chloroplasts are organelles normally found only in plants. Sometimes they occur in symbiotic species such as coral. But these chloroplasts have been stolen from seaweed eaten by the sea slugs, an unusual strategy known as kleptoplasty.

These stolen chloroplasts are held in the sea slug’s branched digestive tract, where they continue to use the sun to produce food for up to nine months. Up to a quarter of the sea slug’s food is produced by photosynthesis, which is quite a trick. Doing this requires certain genes that are not normally found in animals.

These creatures are like a hybrid car, running on solar as well as seaweed fuel.

The world’s most endangered invertebrate is the Lord Howe Island stick insect. Nearly driven to extinction by introduced rats, this large glossy black stick insect survived on a few shrubs on remote Ball’s Pyramid, an inhospitable and unlikely refuge. A single mating pair was used to establish a breeding colony at the Melbourne zoo.

These creatures are so cool that David Attenborough came to Melbourne earlier this year to see them. I have written about these amazing stick insects before, when one hatched at my house as part of a Melbourne zoo outreach program working with schools.

The photo above shows some of my husband’s now nearly mature Lord Howe sticks co-habiting in a nesting box, curled up around each other. One of them could be the young hatchling from this video. Unfortunately, the Melbourne zoo wants the adults back in their breeding colony, so we will be dropping the Lord Howe stick insects off this weekend.

We will miss them. They are the only sticks I know that spoon.