Literature course returns to iTunes U

History of Children’s Literature recommences with 20,000 eager subscribers ready for its return. Second year subject ‘History of Children’s Literature’ begins its second teaching session as an iTunes U course this week, after gaining 20,000 subscribers and more than 460,000 downloads since it its debut on iTunes U in February this year.

I am constantly being amazed by the reach of these lectures,’ says lecturer David Beagley. ‘I have had emails from listeners in the USA, Britain, Canada, The Netherlands, Mexico, Turkey and even the New Guinea highlands! Children's and young adult literature is clearly really important to so many people all around the world, and they want to talk about it.’

Taught by David Beagley from the Bendigo campus, History of Children’s Literature is one of four subjects he has taught on iTunes U. Facebook will also be used, encouraging listeners to interact and discuss the lectures.

‘Our History of Children's Literature course looks at how stories have developed and changed over time,’ says Beagley. ‘Literature shows us how a society sees its children.’

La Trobe University was the first Australian university to provide content on iTunes U courses, having launched the initiative in February 2012. Other universities contributing include Stanford, Oxford University and Yale University.

It now has twelve subjects providing content for iTunes U. Combined they had over 300,000 subscribers to the courses, more than 4 million downloads of lectures and material, received national media coverage and were widely promoted by Apple to its vast audience on the iTunes U platform.

‘I’m delighted that La Trobe University continues to set an example for the rest of Australia in online digital education,’ says Senior Deputy Vice-Chancellor John Rosenberg. ‘iTunes U courses bring all relevant material together to make it simple for anyone who wants to study a subject, however complex or challenging it might be.‘ 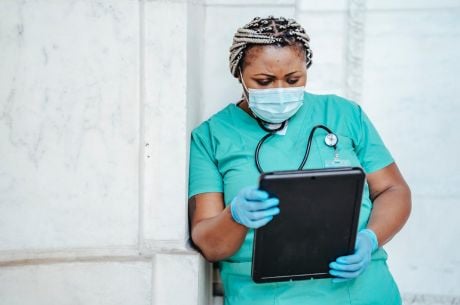