GP's lack of knowledge in contraception

General practitioners’ lack of familiarity with long-acting reversible contraception (LARC) may make it harder for women to find out about this type of contraception, authors of a study published in the 16 July issue of the Medical Journal of Australia have suggested. 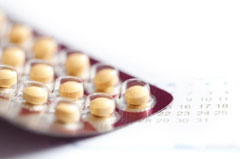 The study analysed data from the Bettering the Evaluation and Care of Health (BEACH) program, which collects information about clinical activities in general practice in Australia.

Associate Professor Angela Taft, Principal Research Fellow, Mother and Child Health Research at La Trobe University in Melbourne and Dr Danielle Mazza, professor and head of the Department of General Practice at Monash University, and co-authors said GPs might be unfamiliar with inserting and removing IUDs and implants due to a lack of technical training and increased medical indemnity insurance costs.

LARC was an effective long-term method and needed minimal maintenance once in place, but only 1.2% of women in Australia used long-acting contraception, the authors wrote.

‘A shift towards prescribing LARC, as recommended in clinical guidelines, has yet to occur in Australian general practice,’ says Dr Taft.

The study also found that some groups consulted GPs less often about contraception, including Indigenous women, those who spoke a language other than English at home, and those who had a Commonwealth Health Care Card.

‘Most Australian women remain unaware of the over-the-counter availability of emergency contraception, have misconceptions about it, and want more information from their general practitioners,’ says Dr Taft.

The Medical Journal of Australia is a publication of the Australian Medical Association.