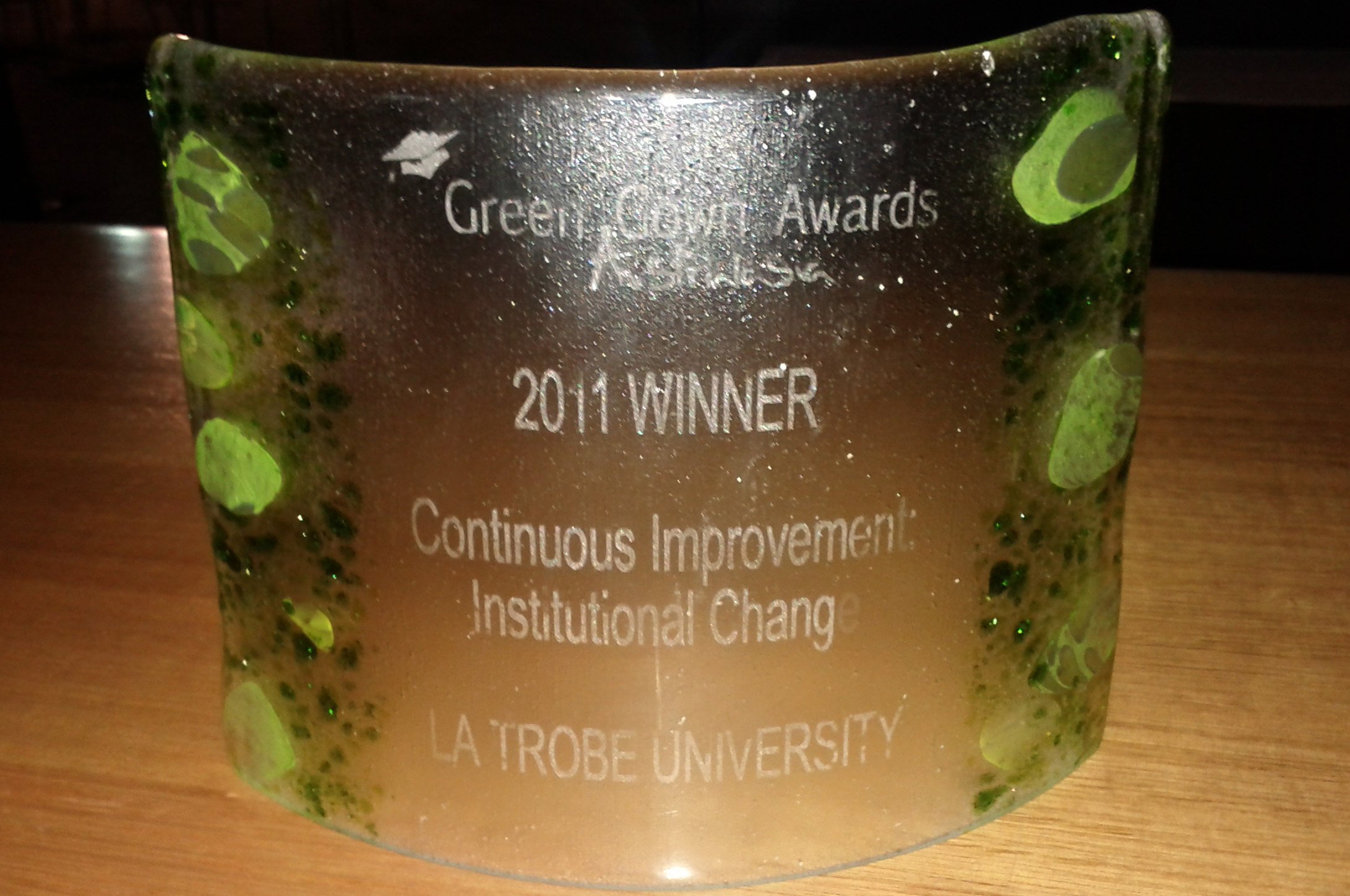 One of six award categories for the night, La Trobe was recognised for the development since 2009 of its Best Practice Sustainability Governance and Management structures.

The award outlined La Trobe’s, ‘sustained and successful activities to improve the sustainability performance over a number of years,’ and acknowledged the progress the University has made since the creation of its inaugural Sustainability Taskforce in 2009, to the appointment of Australia’s first Pro Vice-Chancellor (Sustainability) and release of its first sustainability report Responsible Futures in 2010 and 2011.

Held in Australia for the first time in 2010 the Green Gown Awards were founded in the United Kingdom in 2004 and are presented by the Australian Campuses Towards Sustainability (ACTS) group each year to celebrate the sustainability achievements of tertiary education institutions in Australia.

Pro Vice-Chancellor (Sustainability) Professor Carol Adams said the award recognised significant work done over many areas at the University, but she acknowledged that the University still had much to achieve.

‘We can be proud of the steps we have taken in our sustainability journey but need to use this award as  motivation to reinforces our ambition to create a culture at the University that makes  sustainability  central to everything we do. ‘

The ACTS judges commented that La Trobe portrayed ‘an excellent example of sustainability across the whole institution, with measureable outcomes, powerful internal communications and strong leadership and direction from senior management.’

In the last two years we became the first University in the world to release an externally assured GRLI compliant sustainability report and became the third Fair Trade accredited University in Australia amongst numerous other initiatives,’ Professor Adams added.