It’s more than 20 years since the introduction of Mifepristone, a safe, effective and relatively cheap drug that plays an important role in women’s health care internationally. 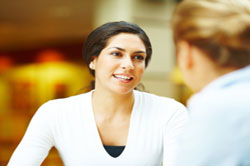 The drug is widely used for early medical abortion in many countries – yet in Australia most abortions are still performed surgically.

In a paper published this week in the ‘Medical Journal of Australia’, Dr Petersen calls for national abortion law reform to protect medical practitioners from criminal liability and promote the health interests of Australian women.

Such reform, she says, ‘would also discourage the illegal importation of abortifacients that are being used without quality controls or medical supervision – reminiscent of the “backyard” abortions of yesteryear.’

Dr Petersen says the most common, most effective and safest medication for early medical abortions (EMAs) is the combination of misoprostol and mifepristone (formerly RU486), which was developed and marketed in the 1980s.

She says during the late 1980s political interference by the Federal government with the risk management role of Australia’s Therapeutic Goods Administration led to a de-facto ban on the use of mifepristone for EMAs, with Australian women denied the choice of a safe alternative to surgical abortion.

In her article titled ‘Early medical abortion: legal and medical developments in Australia’ she argues Victoria’s Abortion Law Reform Act of 2008 would be a good legislative model for nation-wide decriminalisation.

‘Abortion laws in Australia vary between jurisdictions, and in some states the law is unclear and confusing. Clearly, the regulatory framework governing mifepristone prescription rights would be less complex if states and territories throughout Australia decriminalised abortion laws,’ she says.