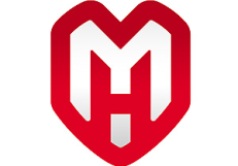 The partnership will allow Melbourne Heart access to the University’s playing fields, sports and medical centre for training over a two year period from April 2010, with the potential for an ongoing relationship to be established once this period is complete.

The agreement will see investment to improve the University’s current facilities and sports fields. The football pitches and surrounding administration facilities will be upgraded to FIFA standard and serve as the full-time training base and interim home of the team, during its first two seasons in the A-League.

‘La Trobe has played the key role in securing Melbourne Heart's move to our region and we warmly welcome them as part of our University community.  We will upgrade our sports facilities and work with Melbourne Heart to achieve excellence.

‘I am thrilled with the potential benefits La Trobe students will receive with Melbourne Heart on campus’, he said.

The upgraded sports facilities will house 30 full-time employees from the Club including coaches, medical and support staff.

‘There will be placement opportunities at the Club for La Trobe students in allied health, journalism, marketing and event management and  students will have a unique chance to gain valuable experience inside a world-class sporting club,’ said Professor Johnson.

La Trobe University has a number of existing relationships with other sporting institutions, including the Australian Baseball League. The University hosted the Claxton Shield Final in 2010.

Deputy Vice Chancellor (International and Future Students) Professor John Rosenberg spoke of the potential the partnership between the University and Melbourne Heart would bring.

‘Football is the world game and to develop a strong partnership with a professional team such as Melbourne Heart gives the University a global appeal and unites the University with millions of football fans worldwide,’ he said.

‘As a football club, there were a number of criteria which we considered to be of paramount importance when canvassing the options for the location of our training base,’ he said.

‘Most important of which was an ability to house both administrative and training arms of our club as well as provide ample access to various support services, including conditioning and medical facilities.

‘We are thrilled to have established this partnership with La Trobe,’ said Mr Munn.