In the second lunchtime session of the ideas and society program, Robert Manne will be in conversation with Professor Clive Hamilton and Dr Andrew Glikson discussing ‘The politics and the science of climate change denialism’.

This session is open to everyone at La Trobe as well as members of the general public, so please arrive early to ensure a seat. 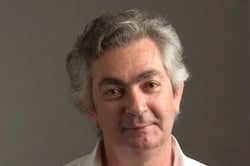 PROFESSOR ROBERT MANNE
La Trobe University’s Professor Robert Manne is one of Australia's foremost public intellectuals. Born in Melbourne and educated at the universities of Melbourne and Oxford, he was the editor of the periodical Quadrant 1989-1997, and has published many books, articles, reviews and newspaper columns on public affairs, international relations, history, and contemporary Australian political issues. He is a Fellow of the Australian Academy of Social Sciences, and in 2001 was joint winner of the Alfred Deakin Prize for Contribution to Public Debate.  Professor Manne has an extensive bibliography, and is editor of The Howard Years, a collection of essays critical of the Federal Government. His university teaching focuses on twentieth-century European politics (including the Holocaust), Communism, and Australian politics, and he has undertaken research in areas such as censorship, anti-semitism, asylum seekers and mandatory detention, Australia's involvement in the Iraq war, the Stolen Generation, and the "history wars" of the 1990s. His many books include Do Not Disturb: Is the Media Failing Australia? Left, Right, Left: Political Essays 1977-2005,  Whitewash. On Keith Windschuttle's Fabrication of Aboriginal History and The Australian Century: Political Struggle in the Building of a Nation. DR ANDREW GLIKSON
Andrew Glikson is an Earth and paleoclimate scientist School of Archaeology and Anthropology, Research School of Earth Science, Planetary Science Institute. Andrew has been communicating with Earth, climate and biology scientists regarding the nature of early Earth climates, abrupt climate changes and the origins of mass extinction of species, including current relationships between humans and the atmosphere. He published numerous articles and gave seminars and public lectures with the aim of communicating the evidence to other scientists and the public, including convening of conferences and meetings with government environment committees. PROFESSOR CLIVE HAMILTON
Clive Hamilton is an Australian author and public intellectual. In June 2008 he was appointed Professor of Public Ethics at the Centre for Applied Philosophy and Public Ethics, a joint centre of the Australian National University, Charles Sturt University and the University of Melbourne. In June 2009 he was made a Member of the Order of Australia for his service to public debate and policy development.