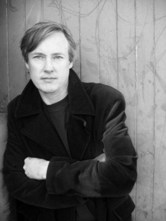 He was appointed by Federal Minister for Environment, Heritage and the Arts, Peter Garrett, to help rethink Government cultural policy. Issues on the group’s agenda include mandatory arts teaching in all schools and a national arts endowment fund.

Dr Meyrick’s appointment comes at a crucial time for the theatre sector when the quest for audience numbers has become widely seen as the measure of artistic merit.

‘In the free-market environment of the past decade, theatre companies defined themselves as small businesses and competition has been intense but not always productive,’ Dr Meyrick says.

The outspoken researcher is keen for the Government to take a leadership role in developing a new vision of cultural practice, one that views the artist as more than a provider of goods for the market.

He says his argument is not based on a distinction between high and popular art, nor is he advocating a return to the classics.  His position springs from a respect for the arts sector’s unique contribution to the broader definition of Australian culture.

‘It’s not just a matter of making decisions about subsidies. The broadening of culture needs to be managed before resources are pumped into it,’ he says.

‘We need to know the shape of our culture. It is part of government’s brief to re-order priorities. Policy, unlike art, is all about balance and perspective.’