These are exciting times for Australian biotech, AdAlta Ltd. Embedded in LIMS, AdAlta’s research program, led by Chief Scientific Officer Dr Michael Foley, specialises in the discovery and development of protein based therapeutics.

The company recently announced an IPO to fund trials of AD-114: a compound that shows promise in treating the lung-scarring disease, idiopathic pulmonary fibrosis.

Dr Kate Griffiths, one of AdAlta’s senior scientists, discussed the science behind their drug candidate for fibrosis.

Congratulations, Dr Griffiths, on the IPO. It is receiving great press, and generating considerable interest in AdAlta’s research. Can you tell us a little more about idiopathic pulmonary fibrosis (IPF) and your drug candidate, AD-114?

Fibrosis is the hardening or stiffening of tissue due to inflammation. It develops as a result of collagen build up, which can scar vital organs including the lungs, liver, skin, eyes, heart and kidneys. People with IPF experience a progressive decline in lung function, leading to shortness of breath and, eventually, organ failure. There is no cure. While some patients remain stable for several years, 50% of sufferers will die within three years of diagnosis.

Therapeutic treatments for IPF are limited. There are two drugs on the market, but both have limited efficacy in patients. At best, they slow down progression of the disease.

AD-114 is different. The compound is based on a protein from a shark antibody that AdAlta discovered in 2005 and has since been humanised. Its anti-inflammatory effects can reduce fibrosis and collagen deposition in the lungs.

AD-114 shows greater in vitro efficacy than other drugs on the market. In human tissue in a test tube, we actually stop the migration of the cells that cause the damage. While our research is focusing on lung fibrosis, it’s possible that AD-114 may also be a suitable therapeutic for other fibrosis areas.

What are the next steps in the research?

AdAlta will focus on the clinical development of AD-114, demonstrating its safety and clinical efficacy in IPF. First, we’ll complete toxicology studies and then commence clinical trials in humans. We’ll also evaluate the drug’s efficacy in treating other fibrosis areas.

You are senior scientist at AdAlta. What is a typical day like in an Australian biotech company?

A typical day usually involves a range of different tasks and lots of juggling! I write papers and scientific board reports and prepare patent data. I also run my own experiments and research projects – I am currently working on a major project with the IPF clinic at the Alfred Hospital.

We are a relatively small team, so I have to contribute my fair share to the nuts and bolts of running a lab. I am often autoclaving, dishwashing, making media, ordering supplies and organising sample shipments.

What is most rewarding about working in industry?

I love the product-based focus of biotech and thrive on having a clear goal to work towards. I enjoy the fast pace of our work at AdAlta, and find the environment at LIMS very stimulating, supportive and encouraging. 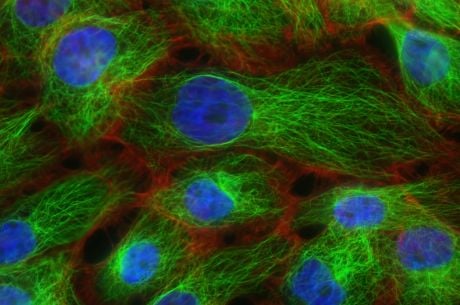